Russian woman stops sleeping for eight years out of fright

Eight years ago, doctors unanimously confirmed that Clara Zorkina had no chances of survival. The foetus inside the pregnant woman had died and begun to decompose. The doctors would have taken it out with if she had sought help earlier. Unfortunately, Clara did not immediately suspect that anything was wrong. She was coming round with difficulty after a terrible storm, during which she lost consciousness after being struck by lightening. 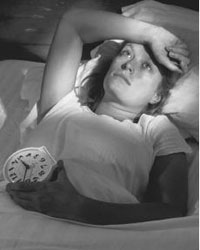 Russian woman stops sleeping for eight years out of fright

Zorkina’s mother still remembers how she walked around the village, looking for a car in which to take her daughter’s body the next morning. But a miracle occurred and Clara pulled through. However, to this day she is unable to sleep. “Sometimes in a week I switch off for two hours,” she says, “tiredness catches me unawares; I fall over, barely able to make it to the bed, it’s as though I disappear somewhere. When that happens, it’s impossible to lift me.”

Clara has never been inclined to sleep a lot. At 43, she has worked as a dairymaid for almost 20 years on a state-owned farm. Zorkina always went to bed late and got up by 4 am for the morning milking, so she has been able to bear such a long vigil easily. Clara has never turned to the doctors since she does not feel tired or worn-out, informs Yaik newspaper.

According to psychotherapist doctor Vladislav Sudarev, this is one of those rare cases where sleep rhythm is broken. Such cases have existed throughout history. Travelers crossed the sea in small boats and did not sleep for two months – they couldn’t, there were storms and the boats were in danger of capsizing, people would have died.

Even before setting out to sea, with the help of special training, they became used to entering a special state between sleep and wakefulness, for approximately ten minutes out of every hour. During these periods, areas of the brain responsible for perceiving danger did not switch off. This state could not be called sleep, but people felt lively. They could even keep there eyes open and stand.

Psychologist Yuri Levchenko explained to Pravda.ru that Clara’s ability to fall into a trance allows her to rest and relax in some measure. Very often, insomnia occurs because of nerves, but there are cases where it is due to hormones or a breach of blood circulation, and it can also occur as a result of a trauma. Each case must be investigated individually.

Dale Carnegie, a famous American psychologist, recommends not to worry about insomnia, but to use it to one’s benefit, like the famous lawyer Samuel Untermeyer. He had suffered from insomnia since his youth and whilst others slept, he worked. By the time most people were starting their working day, he had completed half his day’s work. It goes without saying that he had time to do more than others and achieved a lot.

Clara Zorkina has never heard of Samuel Untermeyer, but she acts just the same way. During the day, she works in the kitchen-garden and around the house. When night falls and her husband and son go to sleep, she switches on the table-lamp, sits at her table and reads books on alternative medicine. Insomnia does not concern her. She has accepted it and even grown to like it.

It is worth mentioning that the world record for staying awake was achieved by Olaf Ericson from Sweden . After recovering from flu, he did not sleep for over 40 years. Leonardo da Vinci took 15 minute naps every four hours. Mother Teresa could go for four days running without sleeping. Goethe on the other hand, could sleep for days. Albert Einstein is known for having been one of the longest sleeping genii: under the influence of morphine he would sleep for 11 hours.