Billions of dollars have been spent, but the deadly disease continues its triumphant extermination of humans

The money, which the international community assigned for struggle with AIDS, has been wasted. The statement was released from UN Secretary General, Kofi Annan, during his report about the situation with HIV/AIDS, which has been formed during the recent four years, since the special session of the UN General Assembly on the matter. Kofi Annan virtually acknowledged that all attempts to bridle the pandemic failed despite a large amount of funds, which had been collected for the struggle against the plague of the 20th and the 21st centuries. State governments, public organizations and certain wealthy personas have assigned about eight billion dollars for the destruction of the still-incurable disease. 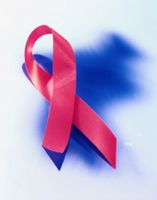 Billions of dollars have gone up in smoke, whereas AIDS continues to decimate the world, taking new forms and mutations. The year 2004 set a new record in the history of the deadly virus: 4.9 million HIV-infected people and 3.1 million deaths from AIDS. The total number of infected individuals is comparable to the population of an average statistical country – 39.4 million people.

These numbers seem to be quite contradictory against the background of previous affirmations, which said that the HIV infection had been restrained in several regions of the African continent. Annan specified that certain progress was achieved in Brazil, Thailand, Cambodia, where specialists managed to reduce the speed of the infection. These were only rare exemptions – the general situation is rather depressing. Only 12 percent of infected individuals can afford the medical treatment, for instance.

The UN Population Fund has unveiled another pessimistic trend. Specialists of the fund said that AIDS was becoming more and more common among girls and women from 15 to 24 years of age. Experts say that the situation has been caused with the lack of anti-HIV/AIDS propaganda.

American programs propagandize sexual abstinence as the universal remedy. “No sex – no problem” so to speak. It is hard to refer to such programs as informative or enlightening. Teenagers will obviously suffer from the lack and quality of knowledge about such an important and inseparable factor in human life as sexual relations. A lot of American teenagers believe, for example, that oral sex is safe, because it is not the real sex. It did not even occur to young people to use any contraceptives upon such an assumption.

The situation is similar in Great Britain. Only one-third of British young people use condoms. The clamydiosis sickness rate increased by 190 percent from 1995 to 2003, gonorrhoea – by 137 percent, whereas syphilis set a record: the sickness rate of this sexually transmitted disease gained 1062 percent. It is noteworthy that the diseases are mainly spreading among young people. There would not be anything surprising if HIV joined the list, although the deadly infection is less common than any other sexually transmitted diseases.

Specialists acknowledge that the anti-AIDS propaganda is a lot more efficient than modern medicine. Russia experiences a serious lack of social advertising at this point. The majority of Russian people do not know to which extent it is dangerous to communicate with HIV-positive people, or whether they should be isolated from the society. Advertisements of condoms hardly appear on the Russian television, for example. Someone in the authorities probably thought that they were too explicit for the Russian TV.

Pravda.Ru has already reported before that the Moscow government was going to follow the USA's example and copy the American program of sexual abstinence. “Safe sex does not exist” – this is the motto of the new anti-AIDS program, which is about to be launched in Russia's capital. It goes without saying that it is a rather strange and inefficient method of social propaganda.

Early sexual relations may lead to negative consequences for young people, both physically and psychologically. Copying an American program would be a mistake to make for Russian safe sex activists. The Moscow government, however, has already assigned 25 million rubles for the sexual abstinence program.