Strontium does not contaminate meat, although the substance penetrates into animals' bones

The volume of agricultural deliveries from Belarus to Russia has experienced a significant increase lately. The range of imported products will include the ones manufactured in the region of Belarus, which suffered from the Chernobyl nuclear catastrophe in 1986. 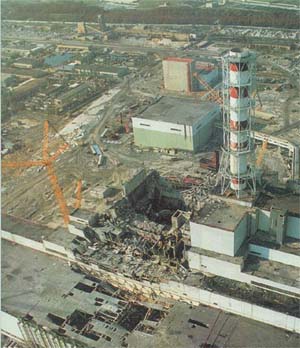 The total volume of commodity turnover between Russia and Belarus made up almost $6 billion in 2004; agricultural products traditionally make up the biggest part of the export from Belarus, the Nezavisimaya Gazeta wrote. Moscow is the first city on the list to receive Belarussian food stuffs – 42 percent. The growth of the Belarussian export to Moscow is said to add 25-30 percent in 2005.

There are 670 agricultural farms in Belarus situated on the territories, which the Chernobyl nuclear power plant contaminated 19 years ago. Only 19 of 670 farms are to complete the so-called “re-specialization” program, which will let them manufacture “normatively pure” products, according to affirmations from the Belarussian authorities. All the rest agricultural farms are to be re-specialized during the forthcoming five years.

Belarussian officials believe that agricultural technologies will not allow strontium and caesium (two most radioactive elements) penetrate into products. That is why, officials say, the production will conform to sanitary requirements of the Belarussian Healthcare Ministry. Local scientists say that Belarus makes clean products, which correspond with requirements of numerous supervising agencies, and can be classified as conventional meat and vegetables.

There can be a lot of details found on the matter, though. Strontium does not contaminate meat, although the substance penetrates into animals' bones. If such a bone is used for cooking soup, the dish will be rather hazardous. In addition, agricultural products grown on the Chernobyl-polluted areas do not receive any special marks, which deprives a buyer of an opportunity to decline a purchase.