According to a study, about 40 percent of the developed nations' residents including Russia suffer from the malaise

“I have been traveling by air since do not remember when. Something incredible happened to me sixth months ago. I developed an irresistible fear of flying. My job involves some regular travel so I just can not cancel my trips all the time. But I have to cancel them at times. I just can not handle it any other way. As a result, I lose money. I also lose respect of my colleagues. The whole thing looks a bad dream that haunts me on and on. Normally I spend sleepless days and nights after buying a airplane ticket. The palms of my hands get sweaty and my heart begins to pound as I approach the airport. Anxiety sweeps over me and I feel like calling the whole thing off and running away. No doubt I would pull the plug on my career if I did not have to look after my wife and kids. So I take my seat onboard the plane and produce a bottle of brandy, sometimes I put a two bottles of strong liquor into my carryall. When I drink myself into a stupor, I feel no fear. Actually, I do not remember anything from that point on. My friends who happen to be on the same fight say my behavior is a disgrace. Please tell me what I am supposed to do to change my situation!” 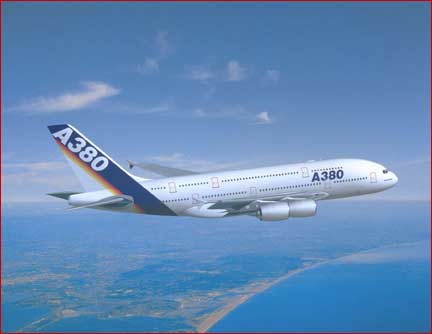 You definitely have aviaphobia or a fear of planes if the above picture looks distressingly familiar to you. The good news is that you are not ill. You just have aviaphobia. And you are not alone with your plight. According to a study, about 40 percent of the developed nations' residents including Russia suffer from the malaise.

However, the majority of us can usually get a grip on that unpleasant experience of hanging aloft in the air after entrusting our lives into the hands of an unknown pilot. And what about the minority who can not do without resorting to heavy drinking every time they step onboard a plane?

Any fear has its own origins somewhere down below including the fear of planes even though it may seem like a bolt out of the blue to those who experience it for the first time. Moreover, an attack of this particular kind of fear will cease to be a sudden event once it is carefully examined by a good specialist who is likely to trace a logical chain of events leading back to something that triggered off the development of a flying phobia. Any experience involving an intensive panic attack can actually “pull the trigger” and cause the condition. A car crash, an attack of asphyxia or dizziness in sealed compartment, a highly stressful situation due to social pressures, a lack of air while practicing underwater sports, the list can go on for quite a while. At least two components are needed for the process: a strong fear and an apparent or latent feeling of helplessness.

Aviaphobia is an involuntarily impressed behavioral reaction. The impression mechanism is attributed to a conditioned reflex theory. The impression occurs at several levels of human perception. The information of a fearful experience is retained by consciousness while being engraved in all the sections of the memory i.e. logical memory, bodily memory, and emotional memory. A person remembers a pattern of events and his thoughts on the subject using his logical memory. His bodily memory brings backs the sensations that accompany a panic attack e.g. an increase in the heart rate and breathing, a hormonal shift, excessive sweating etc. A person's emotional memory holds the affect. Besides, yet another kind of memory is involved in the fixing of the above impressions.

It could be called an energy component of the memory. It has to do with the capacity for vigorous activity most of us can experience at times when we feel on top of the world and ready to move the mountains. On the contrary, we can slide into decline and become filled with inertia and low spirits. An energy component of the memory is disrupted by a panic attack and a subsequent impression of the experience. The energy potential gets blocked as a result. That is why a panic attack can suddenly overpower a man of massive physique and iron will who happens to travel in midair. The man's emotions go the range from anger to dismay until he finally succumbs to despair due to this sudden fit of weakness that seems to have come out of nowhere. His inability to comprehend the cause of the situation sits uneasy on his mind. In actuality, a person is really incapable of holding his fears in check at a moment like this. He can not use his principal powers to control his emotions because the former appear to be blocked, a small remainder of those powers simply will not do.

Any psychologist can see the objective of a treatment for aviaphobia. There is a negative impression and a negative conditioned reflex relation. It should be slackened and replaced by a positive one. Looks like an easy job to do. But we should bear in mind that only a contemporary concept of aviaphobia as a system disorder (a disorder that features anomalies occurring at several levels of perception and response) will enable us to effectively target all the components of the disorder. In the past, a treatment was a long and tiresome process lasting for a few months. It resembled the Freudian psychoanalysis when a person would finally come to terms with himself and achieve a spiritual enlightenment after years of therapy. Those time-consuming approaches can be hardly popular these days. The modern methods of psychology aim to uncover the energy potential while straightening out other reactions therefore a person can get rid of the disorder within a short period of time.