Scientists say that those people who start working before 10 a.m. torture themselves voluntarily. A workday is supposed to comply with biological rhythms that do not fit into the standard working day from 9:00 to 17:00. 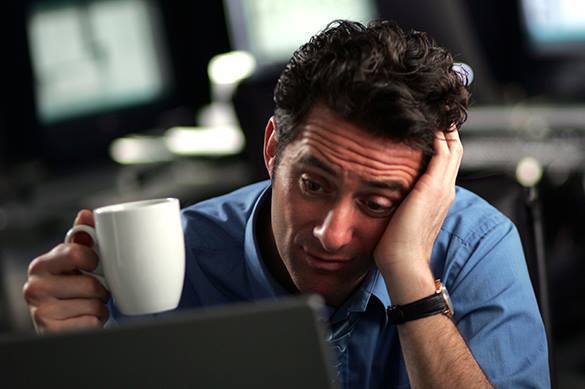 Is it true? What is the best time to start working not to cause damage to one's health? Pravda.Ru asked this question to Alexei Kozlov, Candidate of Physiological Sciences, specialist in pain mechanisms at the Institute of Normal Physiology.

"One should not generalize here, because all people are different. There are early risers and night persons, and well all have our own time range for work. Making individual schedules for every person is impossible," the physiologist said.

Scientists established that sleeping less than six hours for seven days causes as many as 711 physiological changes, including gene function failure. In addition, a lack of sleep makes a person more prone to alcohol and drugs.

"Sleep is not just the rest that we need to have. This is an active process, during which many hormones are produced. Our chronology depends on melatonin. This hormone is needed so that a person could have good sleep. Yet, modern lifestyles delay the production of this hormone," the specialist said.

"The shortage of melatonin leads to faster aging - this was proved in tests on animals, when scientists discovered that melatonin brings certain blood parameters in aged animals to levels found in young animals. This is not something that happens in humans. If a human being does not sleep well, the sleep deprivation factor interrupts the work of certain genes and makes life shorter," he added.

"The evolution of humans takes relatively a very short time in history. Our biological clock does not work according to our modern lifestyle. Residents of the Caucasus are known for their ability to live for more than 100 years. They have a high level of melatonin," Alexei Kozlov told Pravda.Ru. "If you try to make your work hours match your biological clock, the melatonin level will normalize," he added.