How to ease the effects of Jet Lag

How to mitigate the effects of jet lag and other problems related to long trips. On long plane trips, our body is subjected to situations of great stress. Also, if there is a change of time zone the mess in the body is even greater, as happens in the Jet Lag effect in which our biological functions are dysfunctional in relation to local time. 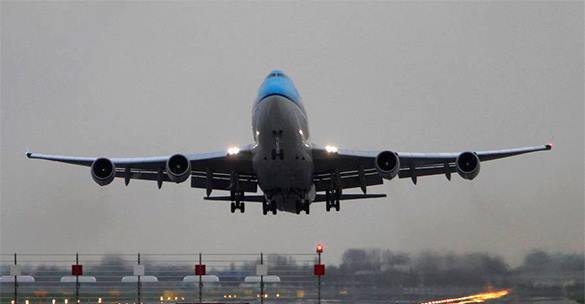 On long plane trips, our body is subjected to situations of great stress. Also, if there is a change of time zone the mess in the body is even greater, as happens in the Jet Lag effect in which our biological functions are dysfunctional in relation to local time. Dr. Mariela Silveira, nutritionist doctor and general director of Kurotel. - Longevity Medical Center and SPA (in Gramado, RS, Brazil) gave an interview with guidelines to avoid the problem and leave you with a much more pleasant plane ride.

Why do I get Jet Lag? What are the effects on the body?

Jet Lag happens due to a lack of synchrony of the organism with the external environment, called the Circadian dyssynchrony. When the sleep-wake cycle is negatively impacted by the fact that it is night-time as our bodies expect to receive light, or during the day, there is a transitory neuroendocrine change that can lead to sleep changes, fatigue, difficulty concentrating, reduction in memory, reduced capacity to respond to stimuli, headaches and eventually changes in blood pressure and insulin secretion and sugar control. The symptoms usually last about 24 hours, but may extend up to 72 hours or more.

What can you do before traveling to prevent the problem?

Ideally, try to adjust the hours of sleep and eat a few days before, according to the time of the destination. It is also important to avoid the use of alcohol and psychotropic drugs (tranquilizers and sedatives), mostly without a prescription. They can exacerbate the effects of jet lag.

What can we do while traveling to mitigate the effects on the body?

During the trip, the most important is to favor conditions so that there is as much sleep as possible. This will leave the traveler more rested and strengthens the body to face any situation on arrival at the destination.

What can be done after the trip, when the person has reached the destination?

Some scientific studies suggest that the use of melatonin before and after the trip, can reduce symptoms related to Jet Lag. Melatonin is a hormone produced naturally by the body, which is being reproduced synthetically in the laboratory. However, this substance has not yet been approved by the National Health Agency (ANVISA) and is not marketed in Brazil. But in Europe, Canada, USA and other Latin American countries melatonin is already widely used for this purpose.

Upon arrival, caffeine-based beverages will be great allies to keep you alert.

Exposure to light is also important, so that the body starts to process the new information on environmental conditions, and can modulate the new release of hormones and neurotransmitters, regulating its operation.

The use of drugs is also a way out, provided there is medical indication.

How to avoid swelling in the legs and feet during the flight?

Elastic compression stockings are the best thing to use, because in addition to prevent swelling they also improve circulation and prevent complications in the vascular system. Whenever possible, get up a little from the seat and walk down the aisle. In addition to reducing the swelling, this also helps to reduce stress. A nice orientation is, each hour, do flexion and extension of the feet, which helps pump blood, facilitating the circulation and reducing possible edema.

What are the guidelines to keep the body, skin and lips hydrated during the trip?

Ideal, as always, is to drink plenty of fluids, preferably water. This helps to hydrate the body as a whole. Combining a moisturizer for skin and lip balm enhances the moisturizing effect and ensures a deeper care while traveling.