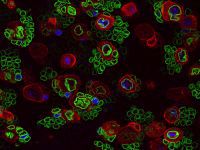 A researcher at the University of Coimbra (UC), Joana Barbosa, found that neural stem cells (NSC) are converted directly into neurons, depleting the number of available cells in aging and the brain damage. The study was published in the prestigious journal "Science".

The search results' show that neural stem cells do not continuously generate neurons over time, as assumed, but only a limited number. The neural stem cells population is gradually consumed because the cells are directly converted into neurons without any division. This finding contradicts the current view that the neural stem cells generate new neurons while keeping their own population," explains Joana Barbosa the recently graduated PhD from the Doctoral Programme in Experimental Biology and Biomedicine of Neuroscience and Cell Biology Center (CNC) and student at the School of Medicine.

Over five years, the researcher developed an in vivo imaging technique to study individual NSC in the adult zebrafish brain, first applied in an adult vertebrate organism.

"The production of neurons after injury results in a decrease of neural stem cells, and the maintenance of these cells may be the key to a neuronal regeneration in the long term," concludes the researcher at University of Coimbra, in central Portugal.

The technology developed in the study, during the stay of the researcher at the German research center Helmholtz Zentrum München (HMGU), may assist the improvement efforts of neuronal regeneration in humans.

The University of Coimbra was founded by Portuguese King Dom Dinis I in the year 1290, being one of the oldest universities in the world and one of Europe's leading Universities today. 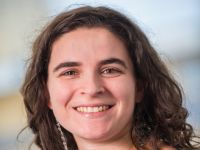