Ophthalmologist alerts to risks of Dengue to eyesight

The increase in cases of Dengue fever that is spreading in Brazil and elsewhere can also affect the eyesight. According to the ophthalmologist of the Penido Burnier Institute, Leoncio Queiroz Neto. the delay in seeking treatment can cause serious eye disorders that are not always noticed; The doctor points out that there are four different serotypes of dengue virus. 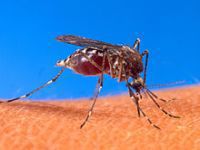 The risk is greater when the person is exposed to two different types of the virus. This is because it can cause bleeding in the retina, a nerve cell layer that is at the back of the eye and transmits images to the brain. Even the classic Dengue, considered less dangerous, can affect the eye lining, choroid and retina. So the recommendation is to consult an ophthalmologist before completing 7 days of diagnosis. That's because, he explains, to fight the virus our immune system releases antibodies that alter the bloodstream. The main changes in the blood are:

The expert believes that the collapse of platelets increases the risk of subconjunctival or intraocular bleeding, including among those who were never contaminated by Dengue. There can be vascular occlusion, precipitated by antibody deposit on the inner walls of the arteries and vessels. There is increased risk of intraocular bleeding.

Of all eye disorders arising from Dengue, only subconjunctival hemorrhage changes the appearance of the eye, leaving the sclera (white part) congested with blood. This may also be related to trauma and this is more common among children, the expert says. Despite the appearance, this is not a serious problem and disappears in weeks without medication. In case of eye pain or blurred vision, the recommendation is to consult an ophthalmologist immediately.

The doctor points out that the vascular occlusion (thrombosis) following the deposit of antibodies in the artery walls can leave blurred vision. The diagnosis is made by fundus examination. When vascular changes are detected the condition can be treated with laser applications to prevent bleeding. In case of bleeding, the ophthalmologist says vitrectomy is indicated. It is a surgical procedure done with micro incisions to eliminate the bleeding that causes irreversible blindness when it reaches the macula (the central part of the retina).

Queiroz Neto warns that among smokers Dengue doubles the risk of intraocular hemorrhage due to the increased vascular obstruction caused by cigarette substances. Patients with diabetes and high cholesterol that causes atherosclerosis are also at increased risk. The expert warns parents on the high rate of children who have these diseases undiagnosed. This is because the expectation is that 1 in 4 cases of dengue occur in children. Red spots on the skin, fever, pain in the joints, eyes and muscles are the first warning signs of the disease. Even those who were never infected must undergo consultation with an ophthalmologist.

Translated from the Portuguese version by Ekaterina Santos