In the last month the number of clinically confirmed cases of Ebola Virus Disease (EVD) has doubled, along with the deaths, creating a mortality rate of 67 per cent. From May 3, 231 clinical cases have been reported, causing 155 deaths. Around 1,700 people have died of this disease, which has no vaccination or cure, since it was discovered in 1976. 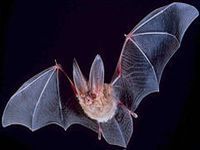 The incubation period of Ebola Virus Disease is between two to twenty-one days, after which the temperature rises sharply. The patient feels an intense tiredness, muscular pains, headaches, sore throat and then vomiting, diarrhea, a rash on the skin, dehydration, kidney and liver failure and massive internal and external hemorrhage. Patients suddenly start bleeding from the nose, ears, anus, mouth, penis or vagina, eyes or even skin.

The World Health Organization is concentrating on enhanced surveillance programs and public awareness actions, detailing how the disease is transmitted (bodily fluids and even touching the skin or infected surfaces, or by eating bushmeat).

Running concurrent with the Ebola outbreak, is also Lassa Fever, some cases of which have been confirmed in Sierra Leone, where the disease is endemic. Lassa Fever is transmitted to humans by rodents and has similar symptoms to Ebola. The main area affected by Ebola Virus Disease is the forested area in South-East Republic of Guinea, but there has also been a significant number of cases in neighbouring Mali, Liberia and Sierra Leone.

The current outbreak is thought to have spread to humans from populations of bats living in the forest and may have originated from the practice of eating dried bats, which is a popular delicacy in this area of Guinea.

112 experts have been sent by the World Health Organization to the countries affected to help in organizing teams to coordinate integrated clinical services, financing, mobilization of resources, logistics, training and communications. While the new cases continue to be reported to the information centers, there are signs that the infection rate is slowing, at least in some areas.

However, as the WHO warns: "As the incubation period for Ebola Virus Disease can be up to three weeks, it is likely that the Guinean health authorities will report new cases in the coming weeks and additional suspected cases may also be identified in neighbouring countries".