Havana - Renowned Cuban and foreign professors attend the XIII International Course on Dengue, expected to be held on the premises of the Institute of Tropical Medicine "Pedro Kourí" (IPK), in the Cuban capital from August 12 to 23. 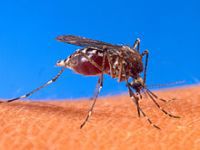 The current epidemiological situation, surveillance, genome replication, viral challenges and advances in vaccines, vector ecology, control methods, inter-sectorial vectors in combating and preventing the disease and climate impact on disease transmission, are some of the topics to be discussed during the annually-held event.
According to data provided by the digital page of the course, in the last 40 years there has been an increase in dengue transmission, which expanded to other geographical areas, there were more epidemics in the world, and the number of dengue cases has increased, both in cases of severe Dengue Fever and deaths.

Currently, the disease is considered clearly on the rise, which is why the World Health Organization (WHO) introduced a new clinical classification, Dengue (with or without warning signs) and Severe Dengue.

These measures are implemented across countries and regions worldwide. Also, the WHO global strategy for prevention and control of dengue for the period 2012-2020, was published, which seeks to reduce mortality by 50% and morbidity by 25%.

With this premise, the meeting will take place, organized by the Collaborating Centre PAHO/ WHO for the Study of Dengue and its IPK Vector, under the auspices of the Ministry of Public Health of Cuba, the Cuban Society of Microbiology and Parasitology, the Pan American Health Organization (PAHO), among others.

The participants will be physicians, virologists, immunologists, sociologists, epidemiologists, entomologists, health administrators, and people in general interested in the topic.

There will be three parallel courses dedicated to geographic information systems (GIS) and dengue transmission models, forecasting and good laboratory practice, as well as two meetings of experts to discuss the results of applying the new clinical classification of dengue in the Americas.