Chinese Bird Flu: Is this the one?

The Influenza strain is A H7N9, it has appeared for the first time in the People's Republic of China, it is deadly, there is no vaccine and as usual the World Health Organization is sitting back observing with interest, placing no travel restrictions. Is this the beginning of the big pandemic that the scientific community has been dreading? 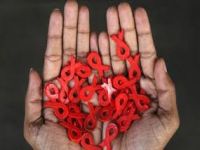 For those who claim there is no reason to be alarmist, given the track record of the WHO refusing to impose travel restrictions or impose quarantine areas on countries or regions affected with potentially deadly diseases, there is every cause for alarm. The new Influenza virus in China is A H7N9, a form of Bird Flu, and this is the first time humans have become infected with this strain, meaning the world population has no anti-bodies in case of infection.

To date, since the outbreak started at the beginning of March, there have been 21 laboratory confirmed cases, six of these fatal, a further 18 described as "severe cases" and just three, "mild".

The symptoms are like severe pneumonia - fever, coughing and extreme difficulty in breathing. Recent studies show that the genes of the Bird Flu viruses have been evolving over the years, adapting to growth in mammalian body temperatures (lower than those of birds) and showing an ability to bind to mammalian cells. Since 1996, there have been several cases of human infection with H7 Influenza, in the USA, Canada, Mexico, the UK; Netherlands and Italy, almost all of these cases causing mild symptoms and only one fatality. What has broken out in China is not new in birds but it is new in humans.

The risk is posed by the virus making the species jump, passing infection from human to human and as yet it is not known whether A H7N9 in China is transmitted from birds to humans or whether there are already human to human transmissions.

With the WHO declaring simultaneously "we do not yet know enough about these infections to determine whether there is a significant risk of community spread" and "any animal influenza virus that develops the ability to infect people is a theoretical risk to cause a pandemic" while also stating "The WHO does not advise the application of any travel measures with respect to visitors to China or to persons leaving China" we see that we are, once again, in very good hands.