Twelve cases, six deaths, no cure, a new deadly viral infection, fifty per cent mortality rate. It is lethal, it is unknown in humans, it can be transmitted from human to human, the mechanism is a mystery and it is spreading. On Sunday a patient admitted to hospital in the United Kingdom died of NCoV - Novel Coronavirus. 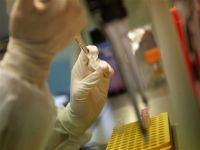 The scientific community is facing its worst nightmare: a pathogenic virus with the capacity to make a species jump and then become transmissible from human to human. It is called NCoV, or Novel coronavirus.

First appearing in 2012, Novel Coronavirus is a new strain of the Coronavirus which causes a number of infections to humans and animals, the most common of which is the common cold. It also causes more pathogenic diseases such as SARS (Severe Acute Respiratory Syndrome).

The World Health Organization states that there have been twelve reported cases of Novel Coronavirus infection, occasioning SARI (Severe Acute Respiratory Infection), kidney failure, pericarditis and disseminated intravascular coagulation, depending on the case. These cases were distributed as follows: 2 cases in Qatar, 5 in Saudi Arabia, 2 in Jordan, 3 in the UK. Six of these twelve patients have died.

Are there more cases?

How are these things documented? The WHO has claimed that there were two initial cases in Saudi Arabia, one of whom died, and they were unrelated since the victims came from different parts of the country. Then there was a cluster of three cases in the same family (2 died) but another family member living in the same house who developed similar symptoms does not count because he tested negative by Polymerase Chain reaction tests.

Both cases in Jordan died, the two from Qatar survived, one of the three in the UK has died (this was a cluster from the same family).

But what about, in the WHO's own report, "the number of health care workers with pneumonia associated with the cases...now considered probable case(s)"?

They don't count either. And those in Norway? Why have they "disappeared" from the media?

The WHO admits that the appearance of pneumonia among healthcare workers and family members "increases the suspicion that person-to-person transmission may have occurred". In the WHO's own reaction to the recent cases in the UK, this is more than confirmed: "The United Kingdom (UK) has informed WHO of another confirmed case of infection with the novel coronavirus (NCoV). This is the third case confirmed in the country this month and is in the same family cluster as the two recently confirmed cases.  The latest confirmed case does not have recent travel history outside the UK".

The Novel Coronavirus is sufficiently serious to have the WHO instructing the affected countries to test for new cases and have enhanced surveillance measures and communication with neighbouring countries. With significant numbers of people travelling to the area for different reasons, watch out for the next pandemic.