Selenium, an antioxidant chemical element and enemy of human cancer

Selenium is an important chemical that may protect cells against chemicals, pollution and the negative effects that the environment may have on human health, as indicated by Mohamadian Shahzad, a Persian specialist in nutrition and dietetics. 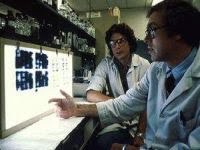 "Selenium is considered a substance with high antioxidant properties and is important in preventing human cancer," said Mohamadian.

Similarly, he added that "this supplement prevents the absorption of some heavy metals and their potential toxicity as well as environmental radiation such as mercury, silver and thallium, reducing the potential damage they may have on the health of the human body."

The walnut, salmon, brown rice, chicken meat and beef, whole wheat bread, skim milk and most nuts are the main dietary sources of selenium according to the  Iranian nutritionist.

Referring to the importance of this element for intake from childhood, Mohamadian explained that "consumption of selenium is very important for the proper function of the immune system, the thyroid, the layout of enzyme activities and the development of the fetus during pregnancy."

"Selenium deficiency has been associated with an increased risk of heart disease, cancer and poor immune function," added the Persian specialist.

Finally, in recommending appropriate consumption of this chemical element, Mohamadian recommended to avoid arbitrary consumption of this supplement, given that it is necessary to consume it at certain doses, about 55 micrograms per day, according to the Dietary Reference Intake ( DRI) for selenium in adults.

Selenium is a chemical element with symbol Se and atomic number 34. Selenium (Greek selene meaning "Moon") was discovered in 1817 by Jöns Jakob Berzelius.

As a warning note, taking too much of this element can contribute to the development of diabetes.