Is the new killer virus, a mix between flu and kidney failure, Novel Coronavirus, related to bats? There appears to be evidence of human-to-human transmission, the cluster seems to be confined for now to the Middle East and there have been two new victims, in Jordan. Unknown, and under-reported... 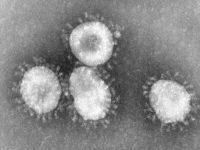 There have been a total of nine cases of Novel Coronavirus which causes severe pneumonia and kidney failure in the most serious cases. Five people have died and as yet this remains a mystery condition so far confined to Qatar, Saudi Arabia and now, Jordan.

The World Health organization has confirmed that the origin of this new virus is as yet unknown but state that it is most similar to a type of viral infection found in bats. While it appears that human-to-human transmission is rare, there are signs that in Saudi Arabia and Jordan, clusters indicate that there is a possibility that this occurred.

The virus first appeared in April in Saudi Arabia and Qatar - one Qatari patient transferred for treatment to London in September remains in intensive care on an artificial lung. A 60-year-old Saudi man died in June, another in September, in a total of five deaths in nine cases: 5 cases in Saudi Arabia (3 deaths); 2 cases in Qatar; 2 cases in Jordan (2 deaths).

There have been a further four cases in Norway. With severe pneumonia being reported elsewhere, is this the beginning of a killer global pandemic? Will the World Health Organization once again sit back and inform us about what is happening without taking adequate preventive measures?

There are reports, namely from the United Kingdom's Health Protection Agency, that it is possible that there are further cases of this new deadly virus.

The World Health Organization is setting ten days as the period most likely for symptoms to appear after contact with an infected person. Once again, it is all about observation and information, which is useless to halt the spread of the disease. It requires prevention.

Probably the WHO will finally wake up when it is too late and when Mother Nature has provided us with another version of Spanish Flu. Could Novel coronavirus 2012, or London1_novel CoV 2012, be it?