Resistant malaria strain would cause a public health catastrophe

The spread of a strain of drug-resistant malaria, detected in the Mekong region in Southeast Asia, can cause a "public health catastrophe," the World Health Organization (WHO) warned on Wednesday. Artemisinin is an extract from the sweet wormwood bush that was used in Chinese medicine as a fever cure for 500 or 600 years.

Artemisinin is an extract from the sweet wormwood bush that was used in Chinese medicine as a fever cure for 500 or 600 years.

A new strain of malaria resistant to artemisinin treatments has been detected in areas of Cambodia, Thailand, Myanmar (Burma), Laos and Vietnam, where, for the moment, the drugs are still effective. However, if extended to other regions of the world, it could cause thousands of deaths.

The Conference "Malaria 2012: Saving Lives in Asia Pacific," was held until November 2 in the Australian city of Sydney.  The director of the WHO Malaria Programme, Robert Newman, said: "If (the strain of malaria) extends beyond its limits and reaches Africa, it could really become a public health catastrophe."

Also, Professor Dennis Shanks, Army Malaria Institute of Queensland, said extension of this strain is very probable.  Discovered in 2009, outside the limits of the Asia Pacific, he warned that current drugs may no longer be effective in the medium and short term.

Chloroquine works in only 50 percent of patients where the parasite is drug-resistant.  In allusion to the chloroquine-resistant strain detected in the Mekong basin in 2001, Shanks stressed: "We must remember that drug resistance had moved earlier from Southeast Asia to Papua New Guinea and beyond."

Ten health ministers of countries in Southeast Asia, prominent officials, scientists and other specialists in tropical medicine have participated in the Sydney meeting that aims to find measures to reduce by 75 percent the cases of infection and death from malaria in the Asia Pacific by 2015.

According to WHO data, more than 216 million cases of malaria occur each year worldwide, and of this total, 655,000 are fatal. 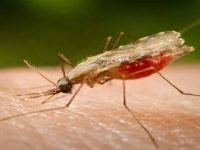