Newest UN organization joins UNAIDS' efforts to ensure greater access to HIV services for women and girls. The statistics are alarming, and they have appeared in this column before. UN Women has joined ranks with UNAIDS to tackle the problem and make a difference. 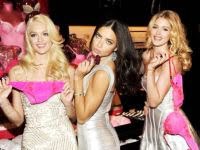 More than half of the people living with HIV/AIDS are women, many of them victims of rape by infected partners. For women in the age group 15-49, according to UNAIDS, this disease is the leading cause of death or illness. One in seven cases of AIDS in women in South Africa is caused by sexual violence or rape. In 2012, less than half the pregnant women living with HIV/AIDS received effective healthcare to prevent infection of their newborn babies.

In Sub-Saharan Africa, prevalence for HIV in the age-group 15-24 is three times higher for women. In the USA, the prevalence rate for women us 15 higher for African-American women than for white women. 82 per cent of AIDS cases (women) in the USA are among the African-American and Hispanic population and in the USA, the majority of women contract AIDS through heterosexual intercourse.

GENEVA, 5 June 2012 - The United Nations Entity for Gender Equality and the Empowerment of Women (UN Women) is the eleventh United Nations body to join the Joint United Nations Programme on HIV/AIDS (UNAIDS) as a cosponsoring partner.

The official joining of UN Women as a UNAIDS Cosponsor, which was approved at UNAIDS' board meeting today, will further strengthen the UNAIDS family's work on gender equality and HIV and enhance collaboration with governments, international partners, women's organizations and the women's rights movement.

"UN Women is proud to join UNAIDS. We believe that the single most important strategy in dealing with HIV is empowering women and guaranteeing their rights-so that they can protect themselves from infection, overcome stigma, and gain greater access to treatment and care," said Michelle Bachelet, Executive Director of UN Women. "We look forward to expanding our efforts in partnership with the UNAIDS family to address this epidemic."

Gender equality and respect for women's sexual and reproductive health and rights, especially for women living with HIV, are essential for an effective response to HIV. Persistent gender inequalities and women's rights violations are continuing to render women and girls more vulnerable to HIV and prevent them from accessing HIV services. In 2010 there were around 17 million women living with HIV and HIV continues to be the leading cause of death in women of reproductive age.

"I believe we need to and can do much better for women and girls. There are still too few sustainable solutions available for women to protect themselves from HIV, violence and poverty," said Michel Sidibé, Executive Director of UNAIDS. "Partnering with UN Women will strengthen our efforts to promote gender equality and bolster women's empowerment globally through the HIV response."

UNAIDS will collaborate closely with UN Women in a number of areas including: addressing the intersections between HIV and violence against women; integrating gender equality into national HIV planning; and using strategies that promote the leadership and participation of women living with HIV, and women affected by HIV, in decision-making. UNAIDS and UN Women will also work on strengthening national institutions to enable them to deliver on commitments made on gender equality and women's rights in the context of HIV.

"As a young woman living with HIV, I am heartened to see that UNAIDS and UN Women are joining forces against AIDS. I have experienced first-hand how enabling environments and rights-based services can empower women living with HIV to take control over our bodies and our lives," said Helena Nangombe Kandali from Namibia. "UN Women becoming a cosponsor of UNAIDS is a positive step forward in supporting women the world over, particularly women living with HIV."

UN Women UN Women is the UN organization dedicated to gender equality and the empowerment of women. A global champion for women and girls, UN Women was established to accelerate progress on meeting their needs worldwide. UN Women supports UN Member States as they set global standards for achieving gender equality, and works with governments and civil society to design laws, policies, programmes and services needed to implement these standards. Learn more at www.unwomen.org.