Iran breaks the monopoly on production of Riluzole 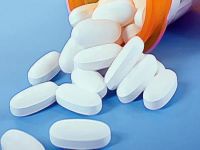 "Riluzole is a benzothiazole derivative of and is also used to treat conditions such as insomnia, anxiety and hysteria," said project director, Ali-Reza Forumandi.

"Since there is great demand for this type of drug in the country, the products manufactured in Iran would allow many people get this medicine at a lower price," said Forumandi.

Riluzole's monopoly is in the hands of a multinational in France and the United States.

In its advanced stages, patients experience total paralysis accompanied by an exaltation of tendon reflexes (resulting in the loss of the inhibitory muscular control panel).