Nigeria's National Emergency Management Agency has raised the alarm as Lassa Fever sweeps over sixteen states, having caused to date 40 deaths in over four hundred cases. It is thought the victims became infected by eating food contaminated with rat excrement and urine. 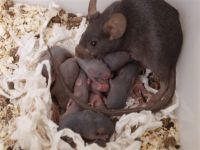 Alhaji Musa Ilallah, the acting Zonal Coordinator of the National Emergency Management Agency (NEMA) in the North-west stated yesterday in Kaduna "Avoiding contact between rats and human beings, covering of food and water properly can go a long way in reducing the spread in towns and villages. According to reports gathered by NEMA, not less than 12 states have recorded cases of Lassa fever and this prompted our quest to sensitize the populace on the danger and likelihood of the disease spreading to other parts of the country".

Lassa fever is an acute viral infection associated with persistent fever. He added that among the victims of the disease are six health workers, namely two doctors and four nurses.

Lassa fever was first discovered in Lassa, Borno State, Nigeria, in 1963. Around four out of every five cases are asymptomatic - the patient does not even realise he/she has Lassa Fever. In the remaining cases, the incubation period is between 6 and 21 days, after which the symptoms set in: fever, muscular pains, headache, sore throat, chest pain, then nausea, vomiting, diarrea, cough and abdominal cramps. This may develop into swelling of the face, fluid on the lungs, haemorrhage from the mouth, nose, vagina or anus, then shock, seizures, tremor, disorientation and coma. Death occurs two weeks after the onset of symptoms.

There are an estimated 5,000 deaths every year across West Africa among 300,000 to 500,000 cases. The host of the Lassa virus is a rodent of the Mastomys genus, knows as the multimammate rat. The treatment, with ribavirin, is successful if given in the early phase of symptoms.