Chikungunya Virus heading for the Americas?

It is called Chikungunya, it is a mosquito-borne virus and it is headed for the Americas. The bad news is that is has caused massive outbreaks in Africa and Asia and that the threat is so serious that the World Health Organization has drawn up guidelines to help countries in the American continent detect and control the outbreak of this potentially deadly disease. 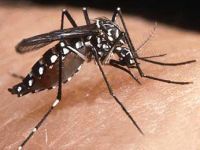 Guidelines for preparedness and response for chikungunya virus introduction in the Americas is the name of the document released by the Pan American Health Organization/World Health Organization (PAHO/WHO), in collaboration with the U.S. Centers for Disease Control and Prevention (CDC). This virus is not unknown in the Americas because hundreds of people travelling to Africa and Asia have come down with the painful disease in recent years - and now there is a clear risk it could become endemic in the western hemisphere as well.

Chikungunya causes fever, nausea and severe pain, mainly in the joints. The symptoms can last for months and in recent times has infected over two million people in Africa and Asia, reaching infection rates of nearly 70% in some areas, according to the WHO. The disease is spread by the mosquitoes Aedes aegypti (which can also transmit yellow fever and dengue fever) and Aedes albopictus - a mosquito endemic to the Americas. It can be fatal, but rarely.

The authors of the paper, Otavio Oliva, PAHO advisor on viral diseases; José Luis San Martín, PAHO advisor on dengue; and Roger S. Nasci, chief of the Arboviral Diseases Branch at CDC consider that "The broad distribution of mosquitoes capable of spreading Chikungunya virus, coupled with the fact that people in the Americas have not been exposed to Chikungunya virus, places this region at risk for the introduction and spread of the virus."

Chikungunya is a viral disease (genus Alphavirus) which is transmitted to humans by infected mosquitoes - including Aedes aegypti and Aedes albopictus. The name chikungunya originates from a verb in the Kimakonde language, meaning 'to become contorted'. This refers to the 'stooped' appearance of those suffering with joint pain.

Symptoms appear between 4 and 7 days after the patient has been bitten by the infected mosquito and these include:

Chikungunya is rarely fatal. Symptoms are generally self-limiting and last for 2-3 days. The virus remains in the human system for 5-7 days and mosquitoes feeding on an infected person during this period can also become infected. Chikungunya shares some clinical signs with dengue and can be misdiagnosed in areas where dengue is common.

Chikungunya can be detected using serological tests. Recovery from an infection will confer life-long immunity.

Chikungunya has been identified in nearly 40 countries. Map of countries at risk available here

Countries having documented, endemic, or epidemic chikungunya are:

Europe and the Americas: Aside from minor incidence rates caused by imported cases from travelers, Italy is the only European country which has had an outbreak. The Americas have not had any major outbreaks so far.

Chikungunya was first identified in Tanzania in the early 1952 and has caused periodic outbreaks in Asia and Africa since the 1960s.

Outbreaks are often separated by periods of more than 10 years. Between 2001 and 2011, a number of countries reported on chikungunya outbreaks.

2005-2006: More than 272 000 people were infected during an outbreak of Chikungunya in the Indian Ocean islands of Réunion and Mauritius where Ae. albopictus was the presumed vector.

2006: Outbreak in India, more than 1 500 000 cases of chikungunya were reported with Ae. aegypti implicated as the vector.

2007: Migration of infected people introduced the infection in a coastal village in Italy. This outbreak (197 cases) confirmed that mosquito-borne outbreaks by Ae. albopictus are plausible in Europe.

In areas where the vector of chikungunya is Ae. aegypti and Ae. albopictus, vector prevention and control can be combined with dengue control efforts.