Difficult child? What to do? 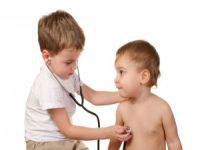 My son is the "black sheep" of the family. How many times have we heard that? Parents should know how to manage their expectations when their child has different tastes and a strong personality, says Marina Fuentes.

It is not a question of entering into conflict, it is more a game to see where interests can meet and without tension.

Since he was small, Fabio Muniz has liked everything that has to do with sport. He plays football, tennis and squash. When his son Alvaro was born, the natural thought of the father was "a fellow to play ball with." Seven years later, the reality is quite different from his expectations. Alvaro does not care about any sports, and what he truly enjoys is playing Lego and video games.

Given the preference of the child, Fabio tries to fit in with the building blocks. A frustration for many parents has become a new reality for Fabio. But this is not always the case.

For the psychologist, Rosane Mantilla de Souza, a psychology professor at the Center for Family, PUC-SP, it is common for parents to project their wills on their children. "When you 'build' a child, there are a lot of expectations. Some in the sense that he or she turns out like you, others to be entirely different."

Although the mention of the baby's future profession might be viewed as a joke, a concrete plan will be realized. And it must be measured. "While the expectation is normal, you must realize the reality of the child," says Rosane. "In a typical case: if the father always dreamed of playing classical piano and buys a grand piano for a five year old child, okay help the child to take some lessons and encourage them. But making the child practise after months of resistance - and tears - this goes beyond the limit."

Parents who insist on their own preferences and expectations to the detriment of their children can even influence them in the choice of their profession. Many children try to follow the career of the family as a way to please parents or be like them. Others choose alternative routes, but only after trying to adjust.

Fashion designer, Camilla Sales, 30, comes from a family of lawyers and it took a while to find her vocation. "My father and my grandfather wanted me to be a lawyer. I tried: I worked with my father for two years until one day I called him to lunch and said I was not happy and would like to study fashion. He was sure that I would perform as a lawyer professionally," she says.

According to psychologist and psycho-therapist, Cecilia Maria Nascimento, a professor of psychology, often "being different" is just a way of seeking attention from parents.

"Realizing that he or she will not be able to look the way the parents want, many children go to another extreme," she explains. A child who does well in school, but is unable to be first class, can become a bad student. "I always suggest minimizing the comments when the difference is negative, as in the case of school grades or marks. Talking is only one way to reinforce behavior," she recommends.

Even though this is natural behavior, you need to differentiate what is a call for attention and what is a behaviour disorder. Aggressive or repetitive patterns of lying may have another source and deserve special attention, with the help of a professional.