Scientists create mice with autism to study the disease 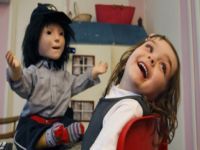 Study has identified the genetic changes related to autism

Scientists in the U.S. said on Monday they had created mice with autism by eliminating a group of genes, with the hope of advancing the diagnosis and treatment of this disease in humans.

Previous studies have suggested that the causes responsible for this developmental disorder may be genetic, which in turn can cause difficulties in social relatedness, repetitive play, sensitivity to certain lights and sounds and behavior problems.

Some autistic children have a small deletion on chromosome 16, affecting 27 genes, which is why scientists at Cold Spring Harbor Laboratory in New York decided to try to genetically alter a group of mice that had the same genetic mutation.

"The idea that this suppression could be the cause of autism was exciting," said Professor Alea Mills, an author of the study, published in the Proceedings of the National Academy of Sciences.

"So we wondered if withdrawing the same set of genes in mice would have some effect," he added.

The research showed that the altered mice presented behaviors similar to those observed in people with autism: hyperactivity, difficulty sleeping, difficulty adapting to new environments and performing repetitive movements.

The researchers also discovered that about half of autistic mice died shortly after birth. Future studies may reveal whether this genetic deficit may be connected to unexplained infant deaths.

By examining the brains of mice in magnetic resonance imaging, scientists were able to identify which regions are altered in animals with autism.

This knowledge can help scientists determine the physiological basis of autism, which affects about 1% of children in the United States, and possibly lead to early diagnosis and treatment.

Children who have autism, characterized by a number of disorders related to abnormal cerebral chemistry, are typically diagnosed at around three years of age.

According to experts, boys are three to four times more likely to suffer from autism than girls.