Heart attack incidence falls in men and grows in women

Causes are multifactorial: female anatomy is different, pill use, cigarette smoking and lack of specialized care 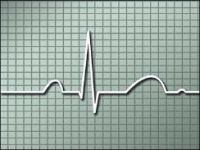 The female heart is more fragile than men's. And it's not romantic. An unprecedented survey of the Heart Hospital (HCor) of Sao Paulo shows that the number of heart attacks among women increased 3.8% from 2009 to 2010, while there was a drop of 17% in males in the same period and 12% in the overall average. The phenomenon is multifactorial, doctors say.

Men resist more than previously believed to problems such as diabetes, hypertension and obesity, for example, and cardiovascular risk factors for both sexes. In addition, there are threats exclusively female such as contraceptives combined with tobacco, as well as organic peculiarities, like the fact the woman have finer and more sensitive arteries.

Did you know? Heart attack (Myocardial Infarction) is 50% more devastating in women

But not only this alone. In reference to heart health, the American Heart Association (AHA) this year defined new risk factors for the cardiovascular health of women. Autoimmune diseases such as lupus and rheumatoid arthritis, pregnancy complications - hypertension and gestational diabetes - and depression were included among the threats to women.

Doctors also point out that, in women, heart attack pictures are often mistaken for other health problems. "The symptoms, in women, are more silent," explains the HCor cardiologist, Caesar Jardim. "They are associated with shortness of breath, malaise, discomfort and pains in the stomach."

Learn more: The many signs of heart attack

HCor evaluated 201 heart attack patients in 2010, after 228 in 2009. Another problem with regard to women is the lack of adequate care in the emergency room, as the rescuers, he said, are more likely to suspect heart attacks in men rather than in women.

The Head of the Molecular Biology Laboratory of the Dante Pazzanese Institute of Cardiology, an organ of the Ministry of Health, Marcelo Sampaio Ferraz agrees. "Many go home without a correct diagnosis. There is a certain bias in medical services and important cultural differences, because women take longer to seek help," he says. "She takes care of business first and then thinks about going to the doctor." The information is from Jornal da Tarde.