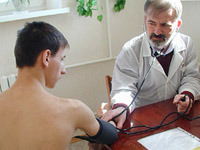 It an open secret that sitting down for a very long time at work makes you fat and feeble. Moreover, it cuts your lifespan considerably, a research conducted by Medical Coding said.

According to scientists, the men, who spend six hours in a sitting position at work run a higher risk of dying at a young age. The risk is higher by 20 percent. As for women - their risk of dying young is higher for them by 40 percent.

When a person sits down for hours, there are harmful processes taking place in his or her body. The electric activities of muscles gets reduced to zero; the burning of calories gets reduced to one per minute. The production of enzymes, which accelerate metabolism, gets diminished as well. Office clerks suffer from heart illnesses twice more often than those who have to stand and move at work," Rosbalt news agency reports.

The lifestyle of modern people has become absolutely sedentary. For the first time in the history of mankind, the average index of the time, which most people spend in a seated position, has reached 9.5 hours, Novy Region agency said.

Experts calculated that modern people sit down longer than they sleep. An average person sleeps for about seven hours.

The research from the Medical Coding, says that the office clerks, who spend most of their day working at a computer, notice health problems and feel unwell already in several years of their work.

If you sit for over six hours a day, you have by 40 percent more chances to die in 15 years since the moment when you began your sedentary life, the researchers said.

Visiting a fitness club is not enough to avoid the risks. Specialists recommend to cut the number of sitting hours to only three a day. Try to spend more than 30 minutes on physical exercises every day. Use any possibility that you have during your working day to stand up and walk, MedDaily says.

As for other unpleasant consequences of office work, one should point out problems with veins, acute intestinal diseases, obesity, chronic dehydration, backache, hemorrhoid and eyesight problems.