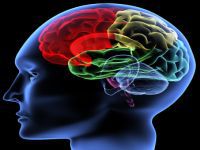 In his book, Dr. Luiz Altenfelder, a psychiatrist at the Hospital das Clinicas, Faculdade de Medicina da USP, makes clear: "Man cannot exist without the relationships he has with his neighbors." It is with this motto he defends the importance of psychodrama and group psychotherapy in the modern world, where psychopharmacology and neurology undo borders.

The author demonstrates that the role of psychotherapy is essential and basic in healing. More than that, he speaks about lectures and the contagiously interesting history of psychiatric treatment, since Egyptian civilization to deinstitutionalization, to the absurd such as the beating and even burning at the stake of the psychiatric patient. According to Doctor Altenfelder, mental illness is curable and the path is not only through medication: group psychotherapy and psychodrama are the links found in the past for modern psychiatry.

Another breakthrough in the treatment of Alzheimer's disease was discovered with tapeworms. The journal Nature published a study in which scientists at the Buck Institute, in California, realized that by using a common dye that stains the amyloid beta protein in the neuron, the defect that appears in this protein could be improved. This defect causes Alzheimer's disease in humans.

They managed to increase the longevity of these tapeworms by 50%. The scientists involved, who used tapeworms modified to simulate Alzheimer's disease as occurs in humans, have never seen a substance as effective in increasing the life of a living creature equal to a yellow dye called Tioflavina T (THT) . The dye, by joining with the protein beta amyloid, enhances the body's ability to keep production stable, preventing the production of protein fragments that are toxic to the cell causing its premature death.

THT is a dye commonly used to identify amyloid plaques, accumulations of toxic protein fragments. In addition to identifying the plates, Doctor Silvestre Alavez, chief researcher, noticed that THT also obstructs the growth of the plate, preserving the neurons, because it returns the three-dimensional molecular structure of the protein, causing the neuron to realize it does not need to produce it anymore. The neuron survives 50% longer than usual and remains healthy. The uncontrolled production of amyloid beta protein is one of the causes of plaque formation of protein and consequent neuronal death in Alzheimer's disease.

If THT can be used for treatment in humans, it can be effective even in advanced cases of the disease. Currently, researchers only started studies of tapeworms only for models in rats. There is still a long way until use in humans, but it is a very promising finding.

Doctor Mattia Maros, Milan, published an article in Neurotherapeutics paving the way for another type of drug treatment for epilepsy. The researchers found that anti-inflammatory drugs can dramatically reduce seizures in patients with epilepsy difficult to control with the use of existing anticonvulsants.

The discovered mechanism is inhibition of an enzyme called ICE / Caspase, which induces the formation of interleukin 1 beta, a protein that causes inflammation in the epileptic region of the brain, which increases the electrical firing of neurons, thus perpetuating the epileptic focus.