Many Russians killed by mayonnaise, pork and cakes 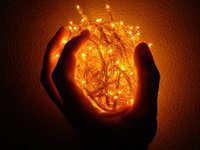 The recently published data on the mortality of Russians for the first 9 months of 2010 are shocking. The decrease in mortality caused by cardiovascular diseases that the Ministry of Health has repeatedly reported about has stopped. Why is this happening?

During the first months of last year mortality from diseases of the heart and blood vessels in Russia has grown considerably.

There are several factors contributing to the mortality rates in Russia. It is important to take into account the general trend in developed countries, such as aging of the population: the proportion of elderly is growing, that of the youth is falling, and therefore total mortality rate increases. However, the population is aging rapidly in all industrialized countries.

Judging from the recent bulletins of the WHO, Russia is the leader among the countries with the largest numbers of smokers. Cancer is number two cause of mortality in Russia, with the majority of male cancer patients dying from lung cancer directly associated with smoking. Among Russian women breast cancer is still the leading type of cancer, but today's young smokers will inevitably equalize the statistics with the male population in fifteen years or so. Alcoholism associated injuries play an important role in terms of mortality reason, and is the third largest cause of death in Russia. In certain years this cause outruns oncology.

There are many other factors. However, the most deadly in the literal and figurative sense are the indicators of cardiovascular mortality. For example, in 2002 in Russia myocardial infarction has killed 675,000 people. Approximately the same number of people has died from heart attacks In China (703,000). In Japan, cardiovascular diseases kill approximately 100 people per every 100,000, which means that the Russian indicators are 8-9 times higher. Russia remains the leader in terms of cardiovascular deaths, leaving behind both the elderly European countries and youthful African nations. What are the reasons?

A reservation should be made that Russian statistics is influenced by incorrect diagnosis of death causes. Traditionally, acute cardiovascular failure has been used to write off all the "strange" deaths. Diabetes and other diseases are clearly underestimated and incorrectly classified as cardiovascular deaths. Only 28% of Russian pathologists are competent and this cannot but affect the statistics.

Yet, even considering a great number of diagnostic errors, we cannot deny the fact that cardiovascular diseases remain the number one killer in Russia.

The major risk factors for cardiovascular disease are genetic predisposition and lifestyle (diet, physical activity, and unhealthy habits). The assumption that all Russians are born with defective genes is absurd. If so, the Russians should pay very close attention to their lifestyle and inadequate medical care for acute coronary pathologies.

A great deal of materials about lifestyle has been written. The main risk factors are excessive consumption of cholesterol, salt and sugar, sedentary lifestyle, smoking and drinking. According to the WHO, cholesterol is a major cause of approximately one-third of all cardiovascular diseases in the world, which, however, does not prevent the Russians from devouring tons of bacon and pork, liters of fatty mayonnaise, thousands of packs of creamy sponge cakes.

Most importantly, the quality of Russian health care leaves much to be desired. The majority of Russian cardio units are not able to carry out stenting or coronary artery bypass grafting in the acute period. In fact all the doctors do is observation, i.e., passive monitoring of infarction patients and guessing whether a patient will survive. According to official statistics, in 2009 only 138,000 cardio surgeries have been carried out, of which 81% with the use of high technology. This is ten times fewer than in the U.S. or Europe. These surgeries were largely performed not in cases of the acute myocardial infarction when they are most relevant, but for the prevention purposes for the patients suffering from angina pectoris. The reason is simple: the issue of payment in most public hospitals still needs to be solved in advance. If the relatives or the patient have failed to bring an envelope with cash to a hospital, this patient is up for a great deal of trouble.

However, in the treatment of acute myocardial infarction the restoration of blood flow in coronary arteries during the first 10 hours is of paramount importance. After that there is nothing to treat because 6-10 hours later the entire area of ​​the heart muscle dependent on the blood flow through the artery blocked by plaque or thrombus is already dead.

Many lives could have been saved with modern thrombolytics (drugs that "dissolve" thrombus). In the acute phase of infarction in many countries they are administered to the patient directly by paramedics in the ambulance. In Russia ambulances are stocked with these preparations only in a few large cities, as one such injection costs nearly $2,000.