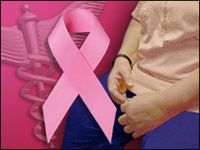 Recent studies have shown that obesity increases the risk of breast cancer, especially during menopause

When reaching menopause, obese women are at greater risk of developing breast cancer. Obesity is also a risk factor for colon cancer, esophagus, kidney and endometrium - the tissue that lines the inside of the uterus. In 2003, a study of 350,000 women showed that the probability of death from breast cancer increases with increasing body mass index (BMI = weight / height x height).

On the other hand, seven clinical trials conducted by the International Breast Cancer Study Group with over 6,000 women failed to establish a direct relationship between BMI and mortality from the disease. Since these publications were criticised for methodological reasons, the influence of obesity on the prognosis of breast cancer has remained controversial.

In January, a Denmark group published a study that followed 18,967 women who were operated on for breast cancer, for a period of 30 years. It is the most comprehensive survey ever reported. Compared with women with a BMI below 25, those with a BMI greater than 30 generally were in menopause, had larger, more aggressive tumors and more extensive involvement of lymph nodes in the armpit.

The BMI is not correlated with the probability of developing local recurrence of this disease, probably associated with success in the treatment of the primary lesion. The risk of metastases in distant organs, in contrast, was directly related to weight gain: ten years after surgery, women with a BMI greater than 30 had a breast cancer mortality 46% higher. As expected, the overall mortality in this group was also higher. Statistical analysis showed that obesity is itself a bad prognostic factor, regardless of primary tumor size, degree of aggressiveness and the number of axillary lymph nodes compromised.

Unlike what was thought in the past, adipose tissue is not a simple deposit of cells capable of storing fat to mobilise in lean times. Today we know that it is formed by different cell types (adipocytes, preadipocytes, macrophages, fibroblasts and endothelial cells) possessing the property of producing so many hormones and chemical mediators that many consider it the second most important gland of the body (the first is the pituitary).

One of the main hormones produced by fat tissue is estrogen. As obesity that develops during menopause contributes to the overproduction of this hormone in a stage of life when the levels should be falling because of the failure of ovarian function, the tissues sensitive to estrogen action are more exposed to stimuli that trigger cell multiplication.

On the other hand, obesity is associated with subclinical inflammation installed inside the fat tissue. The resulting chronic inflammatory state contributes to the onset of insulin resistance and the proliferation and progression of malignant cells. Proinflammatory molecules produced in fatty tissue, including those localized within the breast, create a fertile environment for cell multiplication.

In addition to the factors involved in inflammatory response, adipocytes secrete molecules known as adipokines, including leptin and adiponectin, which are linked to the control mechanisms of hunger and satiety. In the bloodstream of the obese, leptin levels are higher with lower adiponectin levels, a biochemical profile that favors the formation of metastases and disease progression.

Obesity also interferes with the production of insulin and growth factor known as IGF-1, which also contributes to the increased risk of illness.

Women who have had breast cancer should do everything to maintain their BMI below 25.