The World Health Organization is monitoring closely the development of the deadly Bird flu virus, A H5N1, which has killed 40 people so far in Egypt and which has affected people in five different countries since it reappeared in 2010, after a break of seven years. The WHO warns that the virus has met all the prerequisites to start a deadly pandemic bar one. 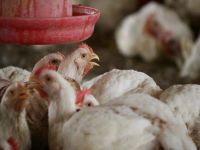 In November 2010, a 59-year-old woman became the first person to be infected with the virus since then, in the PR China which has recorded two cases, one fatality (50%); Vietnam has reported 7 cases with 2 fatalities (28%) and Cambodia one case with one fatality (100%).

In December the Indonesian Ministry of Health announced the seventh fatality in nine cases  (78%), while the worst affected country is Egypt, with 121 cases and 40 fatalities (33%). The latest case was recorded on January 20, a one-year-old male, now hospitalised and in a stable condition.

While the vast majority of H5N1 cases occur in humans who have been exposed to infected poultry (and the virus becomes more virulent among domesticated birds kept in small spaces), the scientific community is worried that the virus will develop the characteristics to start an influenza pandemic. And this strain, H5N1, has an extremely high mortality rate, far higher than seasonal flu or swine flu (A H1N1).

The WHO warns "The virus has met all the prerequisites for the start of a pandemic save one: an ability to spread efficiently and sustainably among humans". There are other possibilities: other strains of bird flu could mutate and infect humans; H5N1 could make the species jump during co-infection with a pig (and then from pig to human) or between bird and human; the third possibility is adaptive mutation, in which the virus gradually transforms, until it can find a mechanism to bind to human cells.

"In many patients, the disease caused by the H5N1 virus follows an unusually aggressive clinical course, with rapid deterioration and high fatality," states the WHO. The virus can survive in the environment for long periods of time, meaning that people can catch the disease through touching contaminated surfaces. Travellers to countries where bird flu is prevalent face an increased risk, as do poultry farmers, those who have come into contact with infected poultry or those who eat undercooked poultry meat, or consume blood or undercooked eggs.

Let us hope that if a pandemic does occur, next time the WHO will not just sit back and inform the population of the progress of the disease as it did with swine flu, but actively take concrete measures to do something before it is too late. A 59% fatality rate is alarming to say the least.