Tourette syndrome, a neuropsychiatric disorder affecting both children and adults 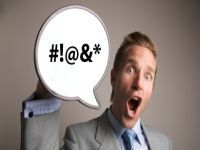 Chances are you've seen kids and even adults with repetitive tics that draw attention. They are not mere manifestations of stress, but part of a neuropsychiatric disorder, Tourette syndrome.

It is a condition that develops in childhood, and the syndrome is characterized by motor or vocal tics of more than one year in duration.

Motor tics include blinking, contracting the muscles of the face, shaking his head, contracting the abdominal muscles in leaps or other muscle groups, and movements that seem purposeful, as touching or striking nearby objects.

The vocal tics include sounds that are articulated as coughing, sniffling and clearing the throat, and others where there is the issue of partial or complete words. The most embarrassing, insulting or swearing, appears in less than 50% of cases. The criteria for diagnosing the syndrome are:

Multiple motor tics and one or more vocal tics must be present for some time, not necessarily at the same time.

The tics must occur many times a day, nearly every day or intermittently for a period of at least three consecutive months.

The table must begin before 18 years of age.

The disorder should not arise as a direct consequence of any stimulant drug or a medical condition.

Tics are usually preceded by uncomfortable, premonitory sensations in the same region. There is some ability to suppress them, but the impulse to fire them becomes irresistible.

In most cases, there are several types of ticks that vary from one week or one month to another. They usually occur in waves, with variable frequency and intensity and worsen with stress, but are independent of emotional problems.

They may be associated with an obsessive-compulsive disorder and attention-deficit/hyperactivity disorder. The combination of these three disorders is the "triad of Tourette syndrome." There may be hereditary factors common to these three conditions.

It is important to differentiate tics from compulsions. The compulsion follows an obsessive thought (washing hands many times for fear of contamination) and obeys certain rules (in number of times or a certain order).

By the teens, the symptoms disappear in at least one third of cases. In another third, they become much less intense. In the rest, they persist for life.

In many children with the syndrome, the symptoms are discrete and the problem can be solved with information and advice to enhance self-esteem and self confidence.

Studies have shown the usefulness of a form of cognitive behavioral therapy, known as habit reversal treatment. It is based on training patients to monitor the premonitory sensations and the tics in order to respond to them with a physically incompatible voluntary reaction to the tic.

In the most severe cases, where the tics are a cause of depression, social embarrassment, isolation, conflicts or muscle pains, the use of antipsychotic agents and other drugs can be indicated. However, as long-term control of the syndrome requires treatment be maintained for a long time, we must analyse the cost-benefit relationship between side effects and reducing the intensity of the tics.

In some cases of quite located tics, local applications of botulinum toxin (Botox) can be tried.

In cases resistant to medication, the authors recommend surgical treatment with deep cerebral (brain) stimulation, applied in certain brain areas. Such treatment is only indicated in exceptional cases