As we come up to Christmas, we are once again presented with the high-risk lists in nutritional magazines, telling us how terrible our risk of increasing cholesterol, diabetes, hypertension or even cancer may be. Where does the truth lie? The fact is, you are what you eat. Or are you? 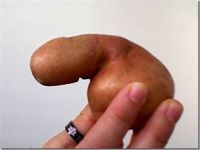 Think of life as a supermarket trolley and the pay-out desk.  Basically, you pay for what you put into your trolley. Or do you? A study by the British Journal of Cancer* raises some interesting questions.

For example, does the consumption of fruit and vegetables protect us against cancer? "The possibility that fruit and vegetables may help to reduce the risk of cancer has been studied for over 30 years, but no protective effects have been firmly established". Those who have a high consumption of these foodstuffs tend to have a lower incidence rate, but would that be because the type of person to have a healthy diet would be less likely to abuse in consuming tobacco or alcohol products?

"For lung cancer, recent large prospective analyses with detailed adjustment for smoking have not shown a convincing association between fruit and vegetable intake and reduced risk. For other common cancers, including colorectal, breast and prostate cancer, epidemiological studies suggest little or no association between total fruit and vegetable consumption and risk".

True, those with a low intake of certain vitamins, such as A, might run a higher risk of developing several types of cancers, due to the fact that a lack of Vitamin A seems to deplete the immune system. This may explain the following statement: "Epidemiological research on fruit and vegetables and cancer then increased rapidly, and by 1992, a review of 156 studies concluded that 'for most cancer sites, persons with low fruit and vegetable intake experience about twice the risk of cancer compared to those with a high intake, even after control for potentially confounding factors' (Block et al, 1992)".

Regarding cancers of the oral cavity and pharynx, "Tobacco and alcohol cause large increases in the risk for these cancers and are usually associated with low intakes of fruit and vegetables (Serdula et al, 1996)". For oesophageal cancer, "the data are consistent with the hypothesis that adequate intakes of fruit and vegetables reduce the risk for squamous cell carcinoma of the oesophagus, but it is still possible that the association seen is due to residual confounding by smoking and alcohol".

And so on. Or how much of what we suffer from is not directly related with what we do, but more with our genetic composition? As Frank Zappa said, "You are what you is".

Fruit and vegetables and cancer risk