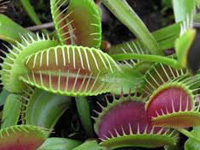 Psoriasis is a chronic, non-contagious skin disease. In ancient times, the disease was known as Devil's Rose, because "skin roses" could disappear for many years, but reappear again all of a sudden. Psoriasis still remains one of the most mysterious ailments today. Unfortunately, the disease is still incurable.

Psoriasis is an autoimmune disease. However, US scientists discovered two genes responsible for the division of epidermal cells. Mutations in the two genes, scientists believe, trigger a cell division disorder, which leads to the appearance of red and white hues of scaly patches on the skin. It is quite possible that the disease has a genetic origin, but it can also be an infectious and viral disease. Swedish scientists extracted a retrovirus, which they consider to be the specific causative agent of the disease. To put it in a nutshell, the origin of the disease still remains unknown.

The category of psoriasis-prone people includes worrisome and overemotional individuals first and foremost. In northern countries, the disease is more common than in warmer ones. Therefore, one should expose themselves to sunlight as much as possible.

When psoriasis occurs, the cells of the upper layer of the skin divide 30 times faster than usual. The cells do not grow as fast as they should, though, and fail to establish strong connection with each other. As a result, the cells form red and white patches which can be easily peeled off, like candle drops. If a person peels the patches hard, dots of blood appear on the skin surface. Blood vessels inflame and broaden in deeper layers of the skin, which explain the pink or red color of the patches.

Plaque psoriasis occurs in 85 percent of cases. Other forms of the disease make up 15 percent.

Corticosteroids - medications of external application - are most commonly used medications to treat plaque psoriasis. These are hormonal drugs which reduce inflammation and suppress autoimmune reaction in the skin. The medications are available as ointments, creams and lotions.

Calcipotriol-containing creams are routinely used. The drug, a derivative of vitamin D, inhibits the cell division speed. Tar is considered to be the oldest remedy against psoriasis. Artificial ultraviolet irradiation can also be used to fight the disease, although it is quite expensive.

To reduce the risk of exacerbation, one should follow several simple rules.
When taking a bath or a shower, do not use hard sponges and soap. After the shower, apply soothing cream on the skin. Wear light and loose cotton clothes. In summer time, try to stay away from air conditioners. Protect your skin against cuts and injuries, because they can easily trigger a serious exacerbation. Minimize stressful situations. Follow the diet rich with animal proteins and vitamins; exclude greasy, spicy and salty food. Alcohol, antibiotics and allergenic food (eggs, smoked products, citruses, honey and spices) should not be consumed during exacerbation of the disease.

Make vegan soups your preference. As for second courses, take stewed or boiled meat. Dairy products are also useful, as well as buckwheat, pearl barley and rice. Have potatoes, beans, cabbage, but not floury products for garnish. Eat fresh vegetables and fruit every day.