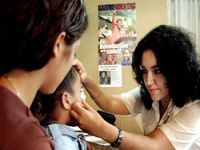 Yesterday, Cuba attended to almost 25,000 Venezuelan patients and performed nearly 10,000 surgeries including cardiovascular, ophthalmic and orthopedic surgeries as a result of a decade of the existence of a comprehensive health agreement with Caracas.

It has been 10 years since the arrival of the first 46 patients, on the 30th of November 2000. During this event, Venezuela's ambassador here, Ronald Blanco, expressed support for the leader of the Cuban Revolution, Fidel Castro, and Venezuelan President, Hugo Chavez.

He pondered on the humanist vision and will of both Fidel Castro and Hugo Chavez in signing the Comprehensive Agreement, recently extended for another decade. This agreement will now also include the economic and social spheres.

The director of the La Pradera International Health Center, Pedro Llerena, announced that there were more than nine thousand operations and more than 300 organ transplants done. 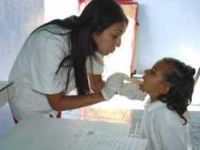 "The celebration of a decade of light and hope, of solidarity and brotherhood will always be a reason for joy, especially when this work is the expression of the will of two great men to build together, with our own efforts and with our brothers of the ALBA alliance, a future worthy of Our America, as dreamed of by Simon Bolivar and Jose Marti." said Venezuelan Ambassador to Cuba Ronal Blanco la Cruz.

Llerena separated the effort of 45 Cuban health and hotel institutions in the success of care and attention to patients and companions, about 18,000, according to a report from the National Information Agency.

Health care experts call small, isolated, struggling Cuba a "powerhouse," having developed numerous techniques and treatments as well as furthering research into a wide range of therapeutic practices to improve health and life.

Dr. Elisa Aznar, President of the Federation of Caribbean Natural Medicines, stated that "Cuba not only provides health care free of charge for its people and many other countries, but also is responsible for developing and promoting all matters relating to human health."

Despite suffering shortages of equipment and drugs due to the inhumane US economic blockade of the island, Cuba has one of the highest longevity rates in the region and the world. Cuba spares nothing to share not only with close neighbors, but all of humanity throughout the world.

Cuba's partner, Venezuela, under the leadership of Hugo Chavez, has seen poverty reduced from 75% to about 25% in few short years.