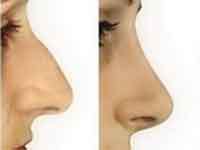 Georgia is experiencing a boom of plastic surgery. Women rushed to fix their noses, breasts and remove excess fat. Rhinoplasty is popular among men as well. European integration is strongly felt here: everyone wants to keep up with Western models of beauty. Yet, there are well-founded historical reasons why plastic surgery in Georgia is booming. After the collapse of the Soviet Union private plastic surgery clinics underwent active developed here.

Globalization eliminates national characteristics, not only in terms of culture but also in the appearance of people. Almost nowhere in everyday life people wear national costumes. Sometimes you can still determine the nationality just by facial features. Yet soon it may become impossible. Popularity of plastic surgery is growing despite the risk of health complications, and covers a wider range of world population.

Georgia is no different in this respect. The country's plastic surgery is booming. The number of surgeries in the last year has doubled. Most popular procedure is rhinoplasty, breast augmentation and liposuction, followed by lips enhancement.

Doctors explain the phenomenon of its popularity by the fact that people from the Caucasus watch many western movies and talk shows that force new beauty ideals. "Generally, the number of plastic surgeries is increasing every year," said Alexander Kuzanov, doctor of medicine and head of Esta Kuzanov Clinic, on the portal of Business Georgia. He noted that a common issue for these nations is large and hooked nose.

Representatives of Tbilisi center Medi whose subsidiaries operate in different regions of Georgia, as well as in St. Petersburg, told Georgia Times that rhinoplasty is out of competition, but in recent years breast and buttocks enhancement became increasingly more popular.

Giga Mikautadze, representative of the Center for Gia Gvarami, said that in their clinic liposuction, that is, removal of excess fat, was the most popular procedure. "People come to us to change the shape of their eyes and ears. Correcting the shape of the lips is very popular among the Georgians. Often, patients come from Azerbaijan and Armenia," added Mikautadze.

According to statistics, approximately 20 percent of plastic surgery in Georgia is performed on foreigners. And there are logical explanations. First, as in every province, medicine is cheaper if you do not take into account the anomalous increase in drug prices due to monopolization of the pharmaceutical market.

And secondly, in the 1980s Tbilisi was one of the leading centers of the Soviet microsurgery, which jump-started the development of plastic surgery.

One of Georgia's medical school graduates Tristan Peradze in the early 1970's came to Moscow, where he received a position in the laboratory of a prominent doctor Viktor Krylov at the All-Union Institute of Clinical and Experimental Surgery. This is where the first kidney transplantation and other organ transplantations were performed.

In 1974, Peradze defended his country's first master's thesis on microvascular sutures. He was followed by Ivan Kuzanov (kidney transplant on rats) and Ramaz Datiashvili (reconstruction of lower leg arteries). In the late 1970's Krylov's team conducted successful experimental transplantation of fingers in primates at the Sukhumi monkey nursery.

The microsurgeons received official recognition of medical science, and were awarded prizes and provided with state orders. Ramaz Datiashvili stayed in Moscow, heading the Department of Emergency Microsurgery All-Union Scientific Center of Surgery, AMS USSR, and in the 1990s he immigrated to the United States. Tristan Peradze returned to Tbilisi and became deputy director of the Institute of Experimental Surgery.

Ivan Kuzanov became the chair of operative surgery at the Tbilisi Medical Institute and united other Georgian doctors who helped him to achieve new medical discoveries. On his return to his homeland the story of plastic surgery in Georgia has begun.

Since the mid 1980's under the leadership of Kuzanov surgeries to restore breast after removal of cancerous tumors have been performed in the republic. In 1994, for the first time in the world history, phalloplasty was performed using the "original method of the third finger of a non-dominant hand," as reported at the website of Kuzanov clinic.

This private hospital has become one of the first cosmetic surgery centers in post-Soviet Georgia. The beauty procedures were streamlined here. Even then, liposuction and rhinoplasty have become a cherished dream of many Georgian women, yet not very affordable due to high prices.

Since then, the technical side of surgeries became simpler, and the prices became lower. For example, in the center of Gia Gvaramia rhinoplasty is now priced at 1,200 to 2,500 GEL. Breast augmentation is priced at 4,500 to 6,000 GEL. Liposuction - from 200 to 2,500 GEL. The prices are affordable, if compared to the price list of the top and expensive Georgian surgeon Paata Dzhanashia. Two years ago his rhinoplasty was worth 5,000 US dollars, or 7,500 GEL.

During summer and the New Year's Eve the demand for cosmetic surgery increases. In late fall and early spring it goes down. At this time, surgeries can be done at a discount of up to 15 percent. According to Alexander Kuzanov, the son of the famous Ivan Kuzanov, the number of surgeries is reduced when there is any destabilization, like after the 2008 war.

Georgia's image as the homeland of the best plastic surgeons is supported by the international conferences in this field regularly held in Tbilisi. This year, Congress was supported not only by the Georgian and Armenian authorities and organizations, but also the Society of Aesthetic Medicine of Russia. Incidentally, in Moscow rhinoplasty surgeons from Georgia are very popular, and in two clinics Georgia Times confirmed that this glory is well-deserved.

Tina Kandelaki, a well-known TV host, explained the success of the Georgian plastic surgeons as follows: "For the USSR this was nonsense, while for Georgia it was important. It is not ruled out that this is largely affected by the fact that Georgians have large noses. Many would like to make their nose smaller. In my family, not one woman had this surgery." However, the TV diva rejects all speculation that her own beauty was tweaked by doctors.

Kandelaki almost became a plastic surgeon herself. She said that at the time of her youth children of the Georgian elite had only two ways - either to become lawyers or doctors. She chose the latter, but studied in a medical school for only one year, and then found her true passion.

Unlike her colleague, the other Russian-Georgian show-business star Katie Topuria (a singer with A-Studio band) is not even trying to hide the fact that she replaced her massive Georgian nose with a short European one. She became prettier, which was very favorably received by her fans. Her voice remained unchanged, but the aesthetic look became much better.

However, plastic surgery is used and abused by public people worldwide. In Georgia, this hobby become overpowering. Local women desperately want to be like their ancestors, and their men seem to encourage them. One way or the other this will be reflected in the gene pool. And you never know where the desire to look like Europeans will take the Georgian nation.