Shortage of doctors in the U.S. will increase

by Bianka of Jesus, Prensa Latina 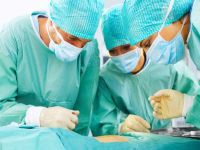 The U.S. healthcare system will be experiencing a shortage of more than 33,100 doctors in 2015, despite the health reform passed by the government of President Barack Obama. Contrary to what one might suppose, the initiative promoted by Obama will increase the shortage of doctors when millions of new patients who have been without insurance seek care, said the Association of Medical Schools in the United States.

The Center for Studies of the Economically Active Population of the group released its estimates on Thursday, which indicate that the shortage could be as much as 50 percent higher this year than previously expected.

Said system conceals the weakness of health care for the citizens of this country and it seems that it has not been designed to provide insurance to some 32 million Americans who currently do not have this benefit.

The specialties that will be most affected are cardiology, oncology and emergency medicine, according to the Association, which asked Congress for increased funding to train new doctors.

"The number of medical students continues to grow, with seven thousand graduates per year over the next decade," stated the group, but at least 15 percent more than that will be needed.