Only one third of patients with AIDS have access to treatment 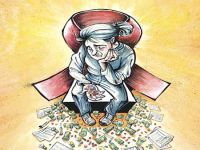 Even though in recent years access to drugs has been facilitated in countries of low and middle income, only one third of the world population with AIDS has access to medical treatment.

The report issued today in Geneva by the World Health Organization (WHO) warns that the targets set by the UN for countries in 2006 (to generalize access for prevention and treatment of the disease by 2010) are an unlikely victory.

The persistence of barriers increases the world-wide number of HIV infected people to 33.4 million, an amount that "challenges public health in terms of supply and availability of treatment," says the WHO report.

At the end of last year, 5.2 million people - adults and children - were receiving HIV treatment in the world, up from 4 million last year. This constituted an increase in the coverage of the infected from 28% to 36%, slightly more one third of the infected population in the world.

Despite advances in treatment and control, investments still very much remain lacking due to the economic crisis. Therefore, WHO calls for countries and entities to continue to invest in fighting AIDS.