If you are a smoker who wants to get rid of the nasty habit, you can bid farewell to cigarettes on May 31, the World No Tobacco Day. This day appeared in 1988 when the World Health Organization set a goal to the international community to root out the problem of tobacco smoking in the 21st century. Needless to say that the noble initiative has not brought any results: tobacco still rules the world and kills people. 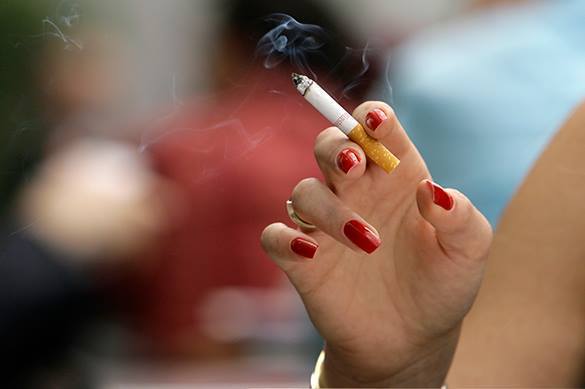 In Russia, smoking remains the most widely-spread ill habit. Up to 65 percent of Russian males and up to 30 percent of females are smokers. The number of smokers in Russia has increased by 440,000 people during the recent two decades. The growth is based on the involvement of new social groups – women and young people. The share of smoking women in the age group of 20-29 is ten times as much as in the group of women over 60.

Russia celebrates the World No Tobacco Day on May 31 under the slogan: “May 31st - The Day To Quit Smoking. Forever.”

The results of the “Healthy Russia” campaign launched in 2009 showed that there are a lot of smokers in Russia who want to quit smoking.

“The analysis of hotline phone calls showed that about 95 percent of calls are related to the issue of tobacco smoking. Many of those people who called the hotline inquired about the techniques which they could use to quit smoking,” the ministry said.

Nicotine affects practically every organ of a smoking individual. It starts with the respiratory system and then proceeds to the cardiovascular and other systems of the human body. Smoking may trigger the development of malignant tumors, cause irreparable damage to reproductive and immune functions of the organism.

Addiction to nicotine is one of the most popular epidemics in the history of mankind, which comes very close to alcoholism and narcomania.

There is a saying that “a drop of nicotine kills a horse.” Scientists say that one drop of nicotine can kill not one, but three horses at once. As for human beings, a lethal dose of nicotine for a human measures 50-100 mg. If smoking 20-25 cigarettes a day, the lungs of a smoker filter 150-160 kilos of nicotine in 30 years. Such a smoker does not die only because they intake small doses of nicotine.

Tobacco smoke triggers the development of dangerous diseases and affects practically all organs. When smoking a pack of cigarettes, a person receives a dose of radiation seven times stronger than the norm. A combination of tobacco radiation and other carcinogenic substances is the main reason for developing cancer.

Smoking kills one person every six seconds. Tobacco takes five millions lives on the globe every year. If smoking becomes more and more popular, the death toll will grow to 10 million by 2020. By 2030, smoking can become one of the strongest premature death factors.