Cuba Among World Leaders in Natural and Traditional Medicine

A leading expert in natural and traditional medicine stated yesterday at the ProMedNatur Congress that Cuba can be described as a “powerhouse” in this area of therapy, having developed numerous techniques and treatments as well as furthering research into a wide range of therapeutic practices. 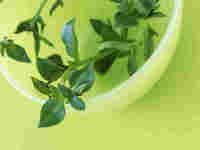 Cuba Among World Leaders in Natural and Traditional Medicine

Dr. Aznar praised the Cuban healthcare policy, stating that “Cuba not only provides health care free of charge for its people and many other countries, but also is responsible for developing and promoting all matters relating to human health”.

Among the therapies that Cuba has been developing is therapies with pharmacons derived from the aloe, used for its powerful anti-ulcer and anti-inflammatory effects. Natural medicine healthcare professionals have also been developing therapies and finding new applications for acupuncture, flower therapy and sciences such as reiki (human energy flows) in the treatment of patients with a variety of conditions and diseases.

New research is being carried out on the endemic Cuban species Cuban pinaceae (Pinus tropicalis).

Cuba provides free healthcare services not only to its own citizens but also to many developing countries in Latin America, Africa and Asia. Despite suffering shortages of equipment and drugs due to the inhumane US economic blockade of the island, Cuba has one of the highest longevity rates in the region, and the world.

The National Aging and Social Welfare Office recently published statistics which indicate that Cuba has 1,541 centenarians, which means that one in every 7,296 Cubans lives to be 100 years old, one in every 1,269 among the aged (over-60s). The oldest resident of the island is Juana de la Candelaria Rodriguez, who was 125 on February 28.

What are Cuba’s secrets?

Professor Eugenio Selman-Housein Abdo, President of the 120 Years Club and the Caribbean Medical Association AMECA, in his work “How to live 120 years” stipulates six areas which act as developmental blocks creating longevity:

Motivation from a young age;

Eating a little of everything but more fruits and vegetables than meat;

Physical activity for 30 minutes three to five days a week;

Cultural activities and development of the spirit to combat stress.