Future Generations To Live on GM, Soy and Instant Food Only

It seems like we eat the same old potatoes and drink milk year after year. But in reality the scope of our source of nutrition expands all the time. In ancient times people in Russia knew nothing about potatoes and corn. Today large stores offer a wide selection of exotic fruit and vegetables – guava, mangosteen, avocado, etc. Russian restaurants serve frogs, turtles and kangaroos along with traditional beef, pork and lamb. There are also new technologies such as microwaves, genetically modified products and biotechnologies. 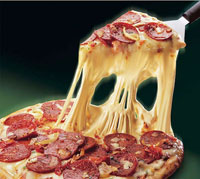 Future Generations To Live on GM, Soy and Instant Food Only

All products consumed by people in various countries are edible. There are no foods that could be good for a European but poisonous for an African. However, there are products that must be cooked properly. For example, fugu fish caught in Japan have extremely poisonous internal organs and if not cut and cooked properly, can kill anyone, be they Russian or Japanese.

People in different countries do have different food habits. In China people eat everything, including locust and cockroaches. Majority of Russians would not be ready for such culinary experiments. However, it doesn’t mean they can’t eat such things.

Consumers used to be afraid of selection, and now they are afraid of genetic engineering, even though there is no proof that g enetically modified products are dangerous. Consumers do have a right to know what they eat, and all manufactures have to do is to indicate how the product was made.

Another novelty is vitamin-enriched products. They do help to add vitamins to out diet. Before World War II Russians enriched flour that was sent to the Northern regions with vitamin C and iron. Today it’s nearly impossible to obtain all necessary vitamins through simple foods, so the products have to be enriched.

Some enriched foods are better left uncooked. For example, when enriched milk is heated, some vitamins evaporate. As for iodized salt, it depends on the type of iodine. Potassium iodide is a volatile compound, and should be only used in already cooked food, whereas potassium periodate can be used for cooking soups.

Another novelty is instant oatmeal and soups. On the one hand, most nutrition specialists believe that they are not a healthful option. On the other hand, they are a good option when you have little time but need a hot meal. Russian public catering system was destroyed and not replaced with anything. Organizations with less than 80 employees had to have a cafeteria, and those with over 80 employees had to have canteens. Now people don’t have this option and face the choice of either eating a business lunch for 250-300 rubles ($8-$10) or an instant meal for 20 rubles (less than a dollar). Instant meals are not a healthy option, and when they are used for lunch, breakfast and dinner should be homemade meals.

If people do not implement new technologies, the nature will not be able to provide enough food for humanity, because today 800 million people are underfed.

This does not mean that people would start eating pills and powders. Cows can be fed with powders, not people. People will always demand regular, natural food. Homemade foods are healthy not only because they are of better quality, but because it preserves family traditions.