Today’s world is connected closely because of air travel. This makes everyone, no matter where they live, threatened as the disease easily travels from location to location virtually within hours. In nature, influenza viruses circulate continuously among animals, especially birds. Even though such viruses might theoretically develop into pandemic viruses, in Phase 1 no viruses circulating among animals have been reported to cause infections in humans. Now at Phase 4, it is not yet considered a pandemic but the potential does exist. 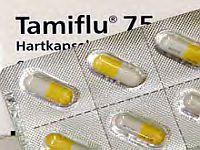 Up until now, WHO has advised no restriction of regular travel or closure of borders. It is strongly advisable for people who are ill to delay travel and for people developing symptoms following international travel to seek immediate medical attention. Just today, the European Union advised against travel to Mexico and the US, while US health officials remain on high alert. There is no risk of infection from the consumption of well-cooked pork and pork products.

The current situation regarding the outbreak of swine influenza A(H1N1) is evolving rapidly. As of 27 April 2009, the US has 45 reported, confirmed human cases of swine influenza A(H1N1), with no deaths. Mexico has reported 152 deaths confirmed/probable H1N1. Canada has reported six cases, with no deaths, while Spain, France, Israel, New Zealand and UK have each reported one case, with no deaths. Twenty of the US cases were all school children from the same school just returning from a trip to Mexico. The outbreak is thought to have originated in Vera Cruz, near a pig farm and then spread to Mexico City.

One alarming feature of this flu strain is that it already has the human, avian and swine components together and very little is known about this new flu strain. A few simple rules should help. To minimize the likelihood of catching it and to prevent any contagious disease, build up your immunity by eating right, getting enough rest and sleep, exercise regularly and wash hands often, especially after touching public phones, ATM machines, shopping carts, doors and such. Avoid touching your face until you do wash your hands. Make hand washing the first thing you do when you get home and before meals.

In addition, persons at high risk should try to avoid crowds when flu or disease is at its peak and persons who are ill should not leave their homes. However, in the developed countries people generally can survive with treatment. This is a strange new strain of flu, so people are getting a bit panicky. Every year around 500,000 people die as a result of flu, usually because it develops into pneumonia. Generally, it is the elderly, chronically ill patients and young people who fall victim to the flu. What is remarkable about the Mexican strain of flu is that it affects healthy people between 25 and 45 years old.

Over the past five years a number of countries have stockpiled antiviral drugs — mainly Tamiflu — as a hedge against a feared flu pandemic. Tamiflu seemed to be a safe bet. Resistance to the drug was rarely seen. And laboratory studies suggested viruses that acquired resistance would be weakened and less able to spread from person to person. It and other similar medications lesson the symptoms and duration of illness, but do not prevent or cure it. The drug Zanamivir is also a part of emergency stockpiles, as well as an older flu drug, Amantadine. It is important once the disease is present to start taking the medication within the first 48 hours in order to be effective.

Also there should be a word of caution in medicating oneself unnecessarily. There was massive overuse of Tamiflu in the Far East, particularly Japan. People were using Tamiflu every time they sneezed. Many of our antibiotics were or are being damaged or destroyed by overuse. So only take these drugs after developing symptoms and getting proper medical treatment.

If everyone follows these simple guidelines, a major threat to human health can be avoided.