The International Agency for Research on Cancer (IARC) has recently decided to include working night hours into the list of cancer-risk jobs. It already includes ultraviolet rays, carbon-black, engine exhaust, harmful staining agents, etc. Employees will thus have a right to claim a compensation for additional job hazard in the event they are forced to work at night. 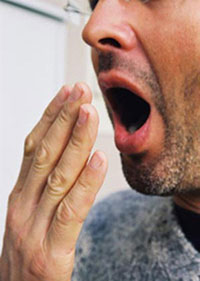 Japanese scientists from the University of occupational and environmental health conducted one of such experiments. They observed 14,000 people during ten years. The research revealed that men working flexible hours suffered from prostate cancer more frequently than those males working only day-time hours.

Danish experts from the Institute of Cancer Epidemiology examined 7,000 women from 30 to 54 years of age. It turned out that those women who had to work at least six months of their work experience at night had higher chances for developing breast tumors.

Richard Stevens, a professor of the Connecticut University Health Center was the first scientist to observe the interconnection between night work and breast cancer in 1987.

The scientist investigated the reasons of breast cancer boom during the 1930s, when many enterprises started working 24 hours a day attracting millions of women to day and night-time labour.

Those working night hours develop a greater risk for various heart diseases too. Scientists from the University of Milan examined 22 male metallurgists who had a different number of night shifts every week.

Daily observance of their heart work showed that the heartbeat rate, the nervous system activity and the hormonal background did not undergo any changes during night shifts. In other words, the people were awake and working although their hearts and blood vessels were functioning as if the men were sleeping. It means that the physical and nervous activity was beyond their strength during night hours.

The head of the research Rafaello Furlan believes that the human body can not adapt to night activities, which subsequently results in heart ailments. However, scientists do not know certain mechanisms for these diseases to appear for the time being.

First and foremost, a human being is a day-time living creature. Working at night and sleeping during the day upsets daily biorhythms and triggers various diseases.

A human organism produces melatonin, the hormone of sleep, at night. The hormone regulates biological rhythms as well as all other hormones. If a person does not sleep at night, the system malfunctions.

The night style of life is difficult per se. Residents of northern territories often suffer from the polar tension syndrome, caused by long dark winters, lack of vitamins, severe climate conditions and extremely light summers. A lack of sunshine is a serious test for a human being. It develops depression, often an implicit one.

The negative consequences of night-time working do not end here. Nausea, gastric indigestion, abdominal pains, diarrhea and the loss of appetite are the most common complaints of night shift employees. Such people suffer from gastric ulcer much more frequently.

Healthy sleep is a necessary condition for the normal functioning of the stomach. Night shifts frustrate the inner biological clock, which synchronizes food consumption and digestion.

To crown it all, night shifts often isolate the people from their families and friends, creating stressful situations.