China, India and other developing countries need to take steps to protect themselves against a possible recession in the United States by lifting domestic demand, a United Nations agency report said on Wednesday. 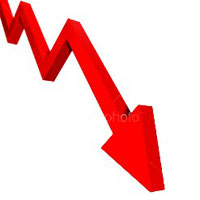 UNCTAD, the U.N. Conference on Trade and Development, said that world economic output should rise 3.4 percent in 2007, compared to 4 percent last year, when foreign exchange shifts are factored in.

"Most of this moderate slowdown can be explained by a slowdown in the United States economy ... due mainly to a reversal in the previously booming housing market," the annual Trade and Development report found.

It warned that a possible "outright contraction" in U.S. house prices could crunch consumer demand in the world's largest economy, hurting developing countries where exports to the United States have fuelled recent fast growth.

"If the present slowdown in the United States economy deepens and it slips into a recession ... the outlook will be rather bleak," the report said.

UNCTAD urged emerging nations to seek to boost their own demand to avoid big disruptions from weaker exports. It praised China's steps to increase the incomes of low-wage earners, including farmers, as a means to rally domestic consumption.

Turning to global economic imbalances, and in particular the large trade deficit the United States runs with China and other developing countries, the U.N. agency said Washington's campaign to have Beijing lift its currency peg may be misguided, Reuters reports.

The report said that the overall current account balance of developing countries had swung into surplus for the first time since the early 1970s.

Several of them, even poorer ones, have even turned into net exporters of capital to capital-rich wealthy nations, yet were still able to create their own additional domestic capital to replenish the outflows, it added.

UNCTAD said that feature alone cast doubt over orthodox theories on development, and called for a rethink of "crucial assumptions" about the relationships between savings, investment and capital flows.

It urged developing economies to steer away from bilateral free trade agreements offered by rich nations, arguing that they stifled longer term opportunities.

Instead the report pointed to the success of regional agreements among nations which are geographically close and at similar levels of economic development, saying they promoted faster trade expansion.

The report issued Wednesday by the Fed said that with the exception of housing, most sectors of the economy in the San Francisco Federal Reserve district, which includes Hawaii, reported a positive late summer. Retail sales were mixed with luxury goods faring better than discount goods.

Consumer caution was blamed for a slowing of tourist activity in Hawaii and California, federalreserve.gov reports.

The only bright spot in real estate is the commercial side of the business. Commercial real estate -- sales, leasing and construction -- was busy across the West and the Fed observed that "lending activity for commercial real estate projects continued at very high levels, and some banks reportedly are approaching regulatory limits on loan concentrations for this segment."