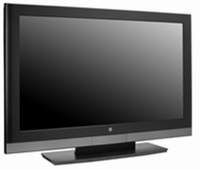 The eighth generation line at the venture, called S-LCD Corp., makes panels of 46 inches and 52 inches measured diagonally from corner to corner.

"Our sights are now on LCD TVs in the 50-inch class and we aim to lead that segment," Chang Won-kie said in a statement. The first panels shipped were 52-inch ones.

The new facility is capable of manufacturing some of the world's largest substrates - the glass sheets used to make screens for flat screen televisions - measuring 2,200 millimeters (88 inches) by 2,500 millimeters (100 inches).

Samsung and Sony founded S-LCD in 2004 to produce panels to meet demand for flat screen televisions, which has soared in recent years as consumers give up bulky cathode-ray tube sets for the sleeker versions.

S-LCD, based in Asan, about 90 kilometers (55 miles) south of Seoul, said the new line would reach its full monthly capacity of 50,000 panels by the end of the year.

Sony President and CEO Ryoji Chubachi and Samsung Electronics CEO Yun Jong-yong were among executives who attended the shipment launch.