The President of the Russian Federation is about to sign the decree on creating a state corporation “Russian Technologies” which is likely to be headed by the general director of Rosoboronexport Sergey Chemezov. ROE will be transformed into a JSC and enter the new state corporation together with its affiliated structures. Chemzov publicly confirmed that the text of the decree of the president on "Russian Technologies" has been already coordinated. 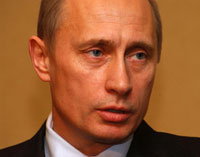 The head of the future corporation will be appointed by the President. At the same time observers mention that the new status will allow for the “Russian Technologies” to get rid of the direct dependence on the government. It may be true only from the point of view that principle decisions will be taken on the highest level. It is out of the question to treat “government” and “state” as equal terms in this case. Moreover, making ROE a JSC allows for considering the problem of the much wanted state-private cooperation in an absolutely new context.

“Russian Technologies” will also have a supervisory council which is to be headed by the First Vice-Premier Sergey Ivanov, who already heads the Military-Industrial Commission, the highest state structure independent of the government in charge of the entire military-industrial complex and related policy. The decree will be signed by Vladimir Putin within the next few days, although the State Duma will approve the law on creating "Russian technologies" only before the end of 2007.

It goes without saying that the core of the new state corporation will be formed of the military industries. However, the future head of the “Russian Technologies” emphasized that the state does not w ant to make the name of the new corporation totally military, because in its structure there will be also civil enterprises. It is worthwhile reminding here that earlier Sergey Chemezov was elected the chairman of the public organization "The Union of Machine-Builders of Russia" which had been created "to defend the interests of the machine-building complex of Russia”.