Microsoft Corp. has agreed to modify its Windows Vista operating system in response to a complaint that its computer search function put Google Inc. and other potential rivals at a disadvantage, the Justice Department and Microsoft said on Tuesday. 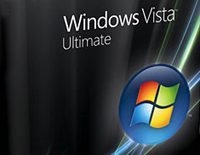 Under an agreement with the department and 17 state attorneys general and the District of Columbia, Microsoft will build into Vista an option to let users select a default desktop search program on personal computers running Windows.

The function, known as "Instant Search," allows Windows users to enter a search query and get a list of results from their hard drive that contain the search term.

The agreement was made public as part of a joint report that the Justice Department and Microsoft filed late on Tuesday with the court overseeing Microsoft's compliance with a 2002 antitrust consent decree.

As part of the deal, a Microsoft official said the company also had pledged to place links inside the Internet Explorer window and the "Start" navigation menu to make it easier for people to access that default desktop search service.

The changes will be introduced in a service pack, or updated version of Windows Vista software. Microsoft said it anticipates a test version of the Vista Service Pack 1 to be ready by the year-end.

Under the agreement, Microsoft also promised to provide additional technical information to third-party developers, such as Google, in order to optimize the performance of their desktop search service on Vista, Reuters reports.

Google's Web search users outnumber Microsoft's 6 to 1, and Microsoft has sought to narrow that gap for the past four years. Microsoft built its new desktop search function to keep Google's similar program from taking over that market too.

A federal appeals court in 2001 found that Microsoft illegally defended its Windows monopoly by taking steps to discourage computer makers from promoting a rival browser.

The recent moves are part of a broader battle between the two. While Windows continues to dominate the desktop operating system market, Google's ability to make money from search advertising has left Microsoft scrambling to catch up. Google has also stepped into traditional Microsoft territory in the past year with a set of free, Web-based programs for word processing, spreadsheets and presentations, the AP reports.