Microsoft Corp. has agreed to pay 94 million yuan ($12.3 million) for a stake in Sichuan Changhong Electric Co. and will form a cooperative alliance with the TV and electrical appliance maker, the Chinese company said on Monday. 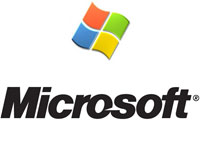 In addition to the nearly 1 percent stake sale, the two companies will cooperate to develop, make and market TVs, computers and other digital home-entertainment products, said Sichuan Changhong in a stock filing to the Shanghai Stock Exchange.

The project will face challenges that have dogged several such collaborations in the past, but the market is now more mature and the deal gives Microsoft a foot in the door with a potentially key player, said Sigurd Leung, head of IT research at Beijing-based Analysys International.

"Changhong is a state-backed company, so for Microsoft to get 1 percent is still quite significant," he said.

He said Microsoft's move echoed its 1999 "Venus project," an operating system that would allow Chinese electronics firms to combine a Web browser, PC and video compact disc player in a single box atop TVs.

"That project eventually failed, because of low-speed Internet connections and lack of good content," Leung said.

China has since become the second-largest Internet market after the United States, with around 140 million Web users and growing use of high-speed broadband, Reuters reports.

The shares will not be tradable for 36 months from the day they are issued, it said.

The two companies also signed a memorandum of understanding for a project call "Media Galaxy", it said. The two companies would cooperate on research and development and production of digital entertainment products that would link the television and computers at home with the internet, Dow Jones reports.