The Spanish company wants to reduce its exposure in the region. An Argentine banker with close ties with the government in Buenos Aires negotiates a 25 percent stake. 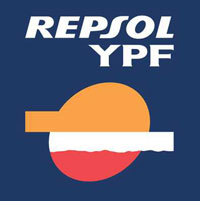 The Spanish oil giant Repsol is planning to sell a 25 share of its operations in South America to an Argentine banker with close ties to the Argentine Government, as prepares to offer another 20 percent on the Buenos Aires Stock Exchange. Negotiations were confirmed by Repsol CEO, Antonio Brufau, who has also commented that the intention is to close the deal by July.

According to press reports, Repsol wants to reduce its exposure in South America to increase its participation in oil wells in Central Asia, Russia and Middle East. The move comes after international shareholders question the decision of Repsol to reduce its oil reserve estimations for up to a 25 percent last year.

Officially, Repsol remarked that Spain will keep control of the company, as gives participation to a “local partner”. Argentina newspapers confirmed that Argentine banker Enrique Eskenazi is in negotiations to purchase 25 percent of oil company Repsol YPF in four to six months.

The potential sale is being monitored by President Nestor Kirchner's administration, and there is speculation that the government might attempt to intervene in order to guarantee that state company Enarsa buys the Repsol stake instead.

As presidential elections come, the opposition to Kirchner believes he is planning to announce the sell of Repsol as a “nationalization of the company”, whose operations in Argentina were once controlled by the State-run company YPF.

Lawmaker Fernando Sanchez, from the center-left party Affirmation for a Republic of Equals (or ARI) said that “the so-called nationalization of YPF hides unclear intentions”. Mr. Sanchez suspects fall over the probable purchaser, Enrique Eskenazi, who runs the local Bank of Santa Cruz after President Kirchner privatized it when he was the governor of the Province of Santa Cruz.

Also a group of personalities, including filmmaker Pino Solanas, rejected the “re-privatization” of YPF. President Kirchner is accused by the leftist opposition of brokering the privatization of the national oil company in 1994 when he was governon of the oil-rich Santa Cruz southern province.

In fact, one of his close collaborators in the national administration, Carlos Parrilli, was a leading voice in the Congress in favor of selling YPF. President Kirchner, himself, appears in recorded TV tapes supporting the operation.

Last week, Argentine Planning Minister Julio De Vido said a deal between and the sole company with which it was negotiating could be struck within five weeks. De Vido said the government, which holds a golden share in YPF, would not obstruct the deal.

According to analysts, nationalization of reserves in Bolivia and Venezuela has hurt Repsol's future production. Argentina, Brazil and Bolivia make up two-thirds of Repsol's output. Repsol's current market value is about 32.6 billion euros ($44 billion).