Microsoft to be fined 4m dollars a day?

The European Union escalated its transatlantic fight with Microsoft Corp. on Thursday, threatening new multimillion fines against the software maker over claims it is asking rivals to pay too much for information that would help their servers work with Windows. 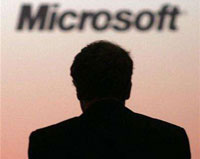 Microsoft to be fined 4m dollars a day?

In response, Microsoft charged that the treatment it received from the EU is unprecedented and harmed Europe's efforts to become a thriving high-tech economy.

The EU said the software maker could face daily fines as high as three million euros (US$4 million), and accused Microsoft of protecting its own interests by setting unreasonable prices for the "complete and accurate" documentation competitors would need to build products that interoperate with Windows PCs and servers.

In a so-called "statement of objections" released Thursday, the EU's executive Commission rejected 1,500 pages of documents Microsoft submitted to back up its pricing.

"I am therefore again obliged to take formal measures to ensure that Microsoft complies with its obligations," EU Antitrust Commissioner Neelie Kroes said in a statement.

Microsoft general counsel Brad Smith responded that Microsoft had asked for feedback on its pricing proposals and documentation half a year ago, and only Thursday received a reply thinly veiled in a threat.

"We're disappointed that this feedback is coming six months later and in its present form," said Smith during a telephone conference. "You cannot reach an agreement if you are just talking to yourself."

He added "the findings appear to be an attempt to regulate the pricing of our intellectual property rights on a global basis" something which would go beyond the jurisdiction of the European Union, the AP reports.

According to the commission, Microsoft has four weeks to make a formal response to the statement of objections. There may also be a formal hearing before the EC decides whether to impose daily fines.

The commission imposed the $357 million fine in July after determining that the company hadn't provided "complete and accurate" technical documentation for its server rivals to use. Microsoft later submitted another round of documents, and the commission said Thursday that it hasn't yet determined whether those are complete and accurate, the Seattle Post-Intelligencer reports.