People are saving at the lowest level since the Great Depression, and that could be a problem for the millions of baby boomers getting ready to retire. 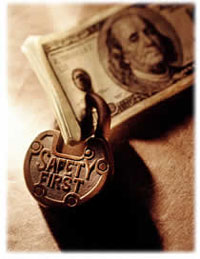 In fact, the Commerce Department reported Thursday that the nation's personal savings rate for all of 2006 was a negative 1 percent, the worst showing in 73 years.

The negative rate means people are spending all of the money they have left after paying taxes – and then some. They are dipping into savings or increasing their borrowing to finance current spending.

Surveys indicate the nation's spendthrift ways are not likely to change any time soon. More than a third of 2,000 adults questioned recently by the Pew Research Center said they often or sometimes spend more than they can afford.

The young and the poor have the most trouble saving. Some 42 percent of people 18 to 49 said they are likely to spend more than they can afford. Among those with household incomes below $30,000, some 45 percent said the same.

During the Depression, when as many as one in four people were out of work, households were exhausting savings in order to pay the rent and buy food.

Last year's negative rate was attributed not to a lack of jobs but to good economic developments – including low interest rates that made it attractive to borrow money to make purchases and also to refinance home loans.

While the Federal Reserve was raising interest rates for part of last year, those increases followed an extended period when the Fed had driven rates down to the lowest levels in more than four decades.

Low interest rates helped to fuel a boom in housing purchases, which in turn helped to drive home prices higher. That led to a surge in mortgage refinancings with people using their higher home values to get money to spend on other things.

Another factor at work is the rising income inequality in the country. The rich, who traditionally save the most, don't feel the need to save as much any more because their net worth has been soaring with fatter paychecks for those at the upper levels of the income scale. They have also benefited from a rebounding stock market.