India may refuse from its cooperation with Russia in creating a new fifth-generation fighter. According to Defence News, the Indian side may pull out from the project due to the backwardness of technology and the inability of a promising product to compete with the F-35 of the USA. What is happening? 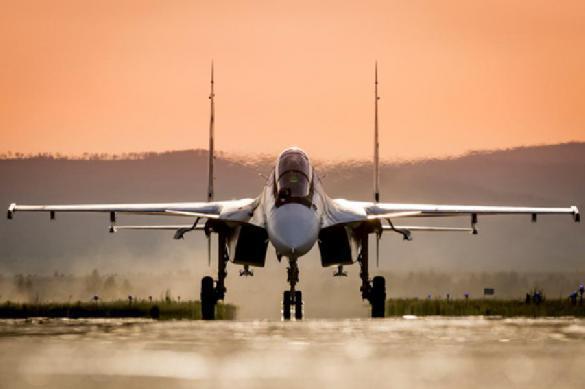 The article in the publication is based on a report from the command of the Indian Air Force, which says that the aircraft, created on the basis of the fifth-generation Russian fighter aircraft Su-57, does not have enough stealthiness.

The project, the article says, does not require a modular engine concept, which ultimately leads to higher maintenance costs. In this regard, the Indian military suggested the Indian authorities should pull out from the joint Russian-Indian FGFA (Fifth Generation Fighter Aircraft) program.

According to analyst Vaijinder Thakur, the aircraft created under the FGFA program will be equipped with the Product 30 engine, which is 30% lighter and more fuel-saving. In addition, it contains fewer moving parts than the original AL-41F1 unit mounted on the original Su-57.

Russia's Sukhoi Design Bureau and India's Hindustan Aeronautics have been working on the creation of a fifth-generation fighter since 2007. Pravda.Ru turned to military expert of Arsenal of the Fatherland magazine, Alexei Leonkov.

"Why do not think the Indians have made such a statement?"

"They are, to put it mildly, being dishonest. The Indians wanted to be part of the project when the talks were underway. Yet, as a result of the talks, they could not get what they wanted. Therefore, they have decided to discredit what they could not get. If we compare the performance and combat capabilities of the F-35 and the Su-57, the Su-57 leaves the F-35 considerably behind.

"There were certain independent assessments made. For example, an Australian analytical group was working on the project to compare airplanes. The Australians gave +5 to the Su-57 and -10 to the F-35.

"If we look at technical details, then the main focus in creating the F-35 was made on two things: a short take-off and landing, as well as the stealth technology. The first aspect made the plane become single-engine aircraft that can actually take off and land vertically on a short air strip. The stealth technology degrades flight quality, and provides for a number of other restrictions.

"To make matters worse, the stealth technology is more of an advertising technology. It does make the aircraft invisible to a certain extent, but modern radar technology makes it possible to detect a stealthy aircraft easily, even at a large distance.

"As for the weapons that Su-57 and the F-35 carry, the Russian airplane is far superior to the US model both in terms of its missiles and radar equipment, let alone the manoeuvrability.

This year, an F-35 demonstrated its piloting qualities at MAKS Air Show, and many experts evaluated its flight as cautious piloting, even though the US aircraft tried to perform aerobatics stunts. Afterwards, two Su-57s showed a manoeuvrable air battle, in which they performed various aerobatic stunts without losing thrust."