Russia's state-run oil giant Rosneft and the leadership of Iraqi Kurdistan announced plans to build a gas pipeline from the autonomy to Turkey, from where natural gas could be transported via the South Gas Corridor to Europe already in 2019. According to Reuters, Rosneft has become the largest investor in Iraqi Kurdistan, having invested almost $4 billion in oil and gas deals in the region. However, the referendum on independence of Iraqi Kurdistan may frustrate the plans. 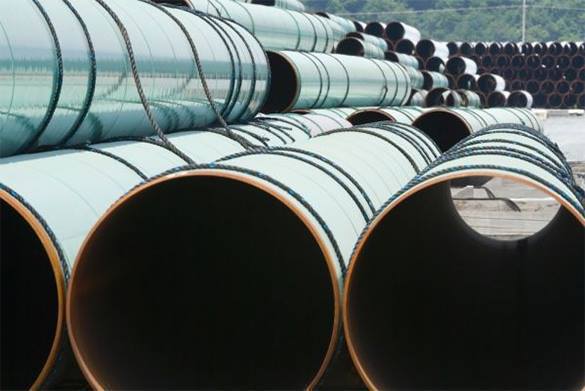 Turkey has already threatened to impose sanctions on Iraqi Kurdistan. The warning was voiced  against the backdrop of the advancement of Turkish troops to the border of Iraqi Kurdistan, which does not exclude Ankara's decision about an open military invasion of the autonomy.

At first glance, such a development may mean the end of the "honeymoon" between Turkish President Recep Tayyip Erdogan and the head of Iraqi Kurdistan Masoud Barzani. The two leaders have been maintaining business relations for many years. Erbil, the capital of Iraqi Kurdistan, started exporting its oil to Turkey at a rather low price in 2014. The parties have recently agreed on the imminent start of supplies of natural gas from Iraqi Kurdistan to Turkey, and it is Rosneft that intends to build a gas pipeline for the route.

However, skeptics fear that all these large-scale plans will tumble down because of the referendum about the independence of Iraqi Kurdistan. Most experts urge not to exaggerate in a hope that military confrontation between Ankara and Erbil will not spark. They hope that Turkish President Erdogan will simply ignore the results of the referendum and will continue building his relations with Barzani considering him as the head of Iraqi Kurdistan, rather than the leader of independent Iraqi Kurdistan, which, according to the Iraqi Constitution, already has the status of broad autonomy.

In particular, Erbil has the right to have its armed forces. Iraqi Kurdistan manages its oil and gas reserves and refuses to share its revenues with the central government of Iraq in Baghdad. The Rosneft administration also believes that the referendum will not violate political stability in the region nor will it jeopardise agreements with the leadership of Iraqi Kurdistan in the oil and gas sector.

On June 2, Vladimir Putin met with Prime Minister of Iraqi Kurdistan Nechirvan Barzani within the framework of the St. Petersburg International Economic Forum. Nechirvan Barzani is considered the right-hand man of the head of the autonomy Masoud Barzani (he is also his nephew). Undoubtedly, the Russian president received security guarantees for Rosneft's multi-billion dollar investments in the oil and gas industry of the Iraqi region.

On the sidelines of the St. Petersburg Forum, the head of Rosneft Igor Sechin and the Minister of Natural Resources of Iraqi Kurdistan Ashti Khavrami signed a number of agreements on cooperation in the field of oil and gas exploration and production. In particular, the Russian oil giant has received access to the management of a large transport system in Iraqi Kurdistan with a capacity of 700,000 barrels of oil per day. By the end of 2017, it is planned to expand production to a level of more than 1 million barrels a day.

Will Rosneft's participation in the construction of the pipeline from Iraqi Kurdistan to Turkey weaken Gazprom's positions in Europe? Until recently, it was believed that the Southern Gas Corridor, on which Azerbaijani gas will be transported to Europe, will not be able to compete with the powers of the Russian gas giant.

However, connecting TANAP to the gas pipeline from Iraqi Kurdistan may change the situation the detriment of Gazprom. To crown it all, Israel intends to sign an agreement with Turkey before the end of the year on the construction of a pipeline for the supplies of natural gas from newly discovered deposits of the Jewish State to the European Union.

In March 2017, Gazprom refused to grant Rosneft access to gas supplies to the UK. However, in June of this year, Rosneft celebrated a victory: the Kremlin supported the initiative of the Russian oil giant to build a gas pipeline from Iraqi Kurdistan to Turkey. Thus, if the project is implemented, Rosneft will become competition to Gazprom on the energy market of Turkey and Europe.