The US dollar will decline like the British pound

Chief Economist for Russia at Bank of America Merrill Lynch, Vladimir Osakovsky, said that the era of the dominance of the US dollar would come to an end sooner or later. He recalled the situation with the pound sterling, which used to be a world currency, but was eventually ousted from the market. 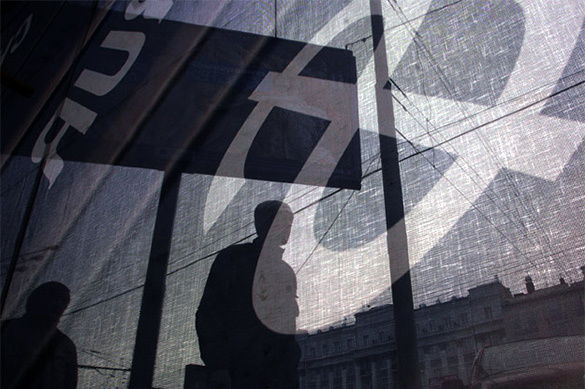 "The era of the dollar will decline when the share of the United States in global economy shrinks "in a natural way," the analyst said in an interview with Lenta.ru

Commenting on a possibility for a major debt crisis in the United States, Osakovsky said that although America's debt was about $18 trillion, there are other countries, whose debt is a lot larger. One of those countries, for example, is Japan. The debt of Japan in relative terms is twice the size of the debt of the USA.

Meanwhile, the head of the Ministry of Economic Development of the Russian Federation, Maxim Oreshkin, said that the current rates of the dollar and euro against the Russian ruble - 60 and 68 rubles respectively, give every reason to assume that there will be "no serious fluctuations in the near future, and the currency rate will remain more or less stable."

Analysts share a similar opinion, but oil prices can change everything quickly. Despite the high key interest rate of the Central Bank and optimistic sentiment on the market, the stability of the Russian national currency depends on the price of oil.

Some analysts believe that the Central Bank should reduce its rate and strengthen the credit activity of banks. In this case, they believe, the ruble will remain in a stable corridor of fluctuations. If not, then the ruble will continue to decline in its value.

At the same time, Finance Minister Anton Siluanov said that the dependence of the exchange rate of the Russian ruble on fluctuations in oil prices was decreasing. The ministry does not spend oil and gas revenues but reserves them. Thus, the ruble rate is expected to be predictable and stable.

Earlier, the Central Bank said that most Russian companies need a strong ruble. According to specialists of the bank, the strong ruble causes problems only for those who target external demand. They are, for example, manufacturers of products made of wood, rubber, and plastic. They export more than they spend on imported raw materials.

Pravda.Ru asked Alexander Razuvaev, director of the analytical department of Alpari, a candidate of economic sciences, to comment on the forecasts about the rate of the Russian ruble.

"The Ministry of Economic Development does not expect serious fluctuations for the ruble until the end of 2017. Nevertheless, are there any factors that could shake the relatively stable national currency?"

"I think that the dollar will cost around 62-64 rubles. I agree on the oil prices, but there are other factors that can weaken the ruble. The second half of the year is always worse for the ruble than the first half. Plus, there's debt payment. In general, in the second half of the year, Russia will have to pay about $43 billion as its main debt and slightly more than $8 billion in interest. In general, the Russian economy has adapted itself to cheap oil, capital outflows, and so on, and we are not expecting a serious crisis in the near future."